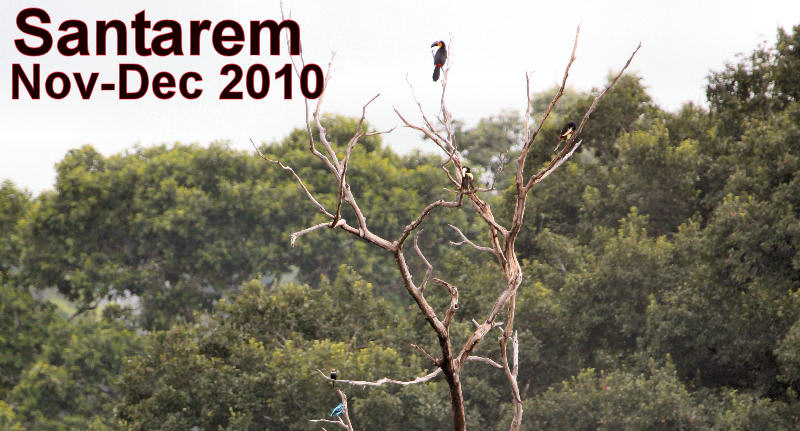 So, after three and a half months of point counts in Paragominas we shook hands with the arriving soil and vegetation survey teams and swapped interfluvia for the Santarém region. Having spent about two years in the field around Alta Floresta, this was as close as I would come to home territory in this field season. We stayed in the Tapajós National Forest at the LBA base, which meant that instead of being kept awake by eurotrance blaring out at all hours - as in our house in the city in Paragominas, we were instead lulled to sleep by the dulcet tones of Zigzag Herons and myriad amphibians. On our days off (Sunday) we negotiated access to visit two of the canopy towers which offered killer views of mixed species flocks and assorted oddments that you typically don't see well from the forest floor. Although not a particularly important pole for ornithotourism, the Santarem region is chokka with good birds and has a well-refined tourist infrastructure, as well as being within easy reach of North Bank specials like Sulphur-breasted Parakeet and trans-Tapajós megas in the next interfluvium. Birders interested in visiting can consult Jeremy Minns' site notes and Henriques et al. 2003. Anyways, here's some images.... 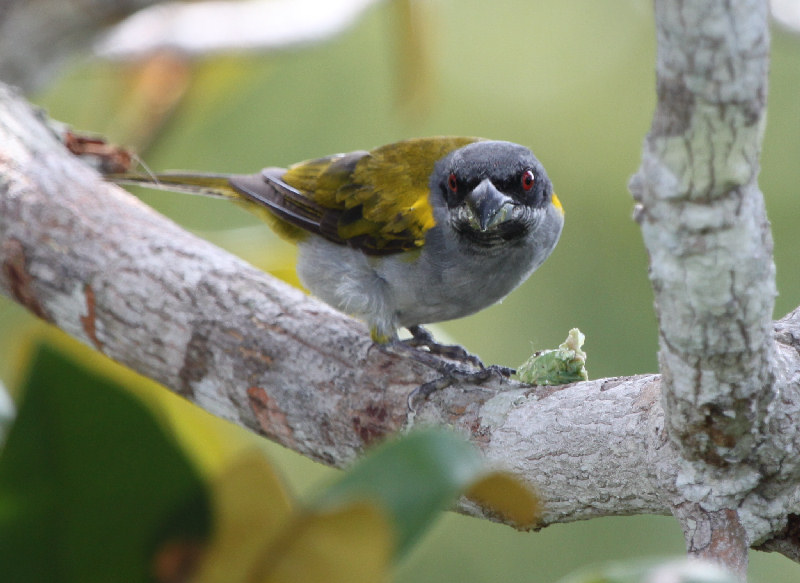 Yellow-shouldered Grosbeak (Parkerthraustes humeralis), a distinctive brute of the canopy that is now per CBRO officially a tanager. Named after the late great Ted Parker 'the finest field birder/ornithologist that the world had ever seen', many Neotropical birders see their first Parkerthraustes from the tower at Cristalino Jungle Lodge (MT). It is in fact quite widespread in Southern Amazonia and in August I found this species near Paragominas - the first record for the Belem Centre of Endemism - a big range extension across the Rio Tocantins from the Carajas region. That this species could go unrecorded in the most well-known region of Amazonia shows how little we know about the regional avifauna. 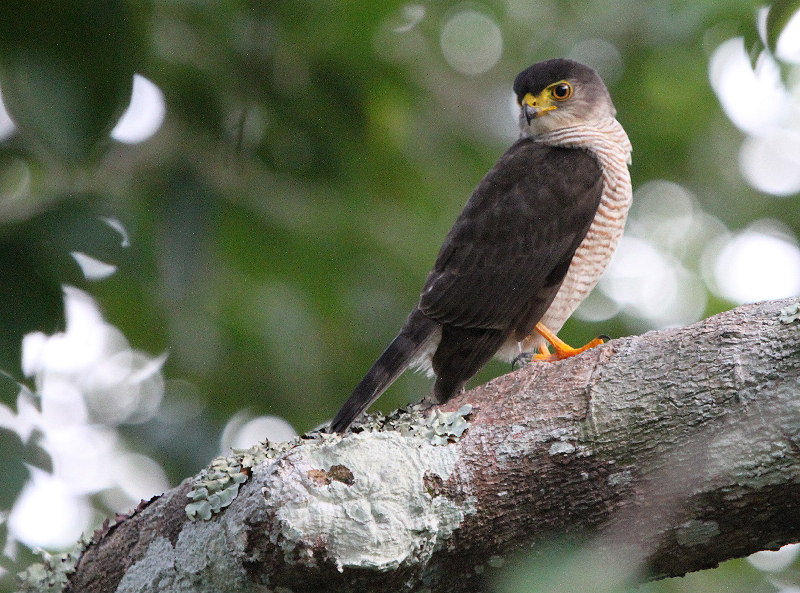 Tiny Hawk (Accipiter supercilliosus) a diminutive forest Accipiter, which even 'stoops' to preys on hummers, this one shot from the lower of the two LBA towers on ISO 3200... 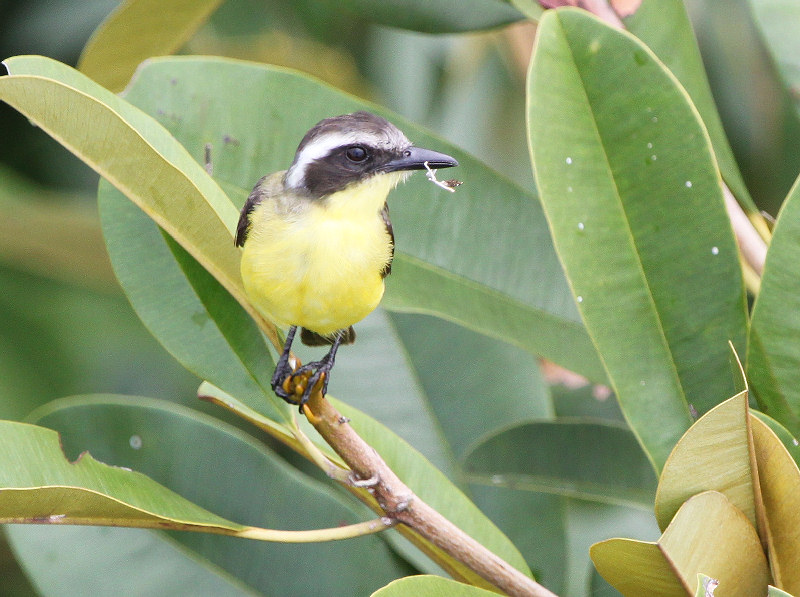 Three-striped Flycatcher (Conopias trivirgatus) A poorly-known canopy tyrannid that is pretty noisy and apparently quite common in our study landscape, the reasons for the disjunct distribution of this species across South America are far from clear. 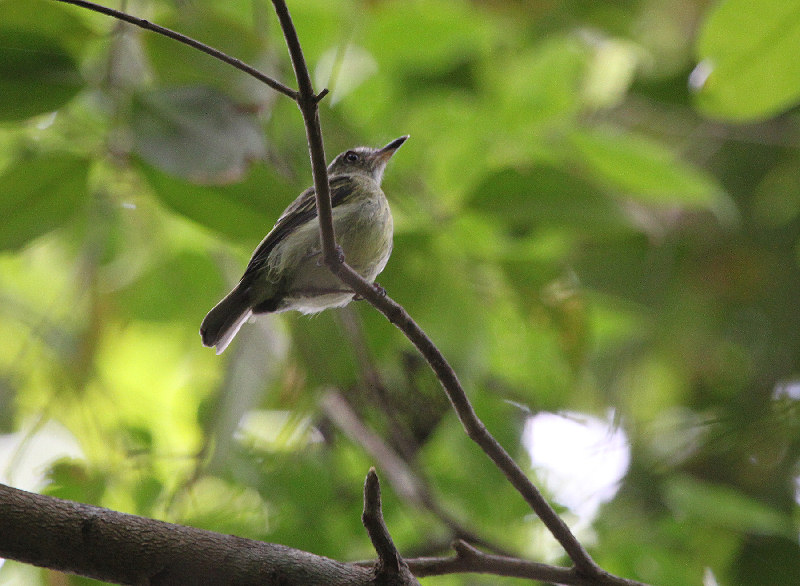 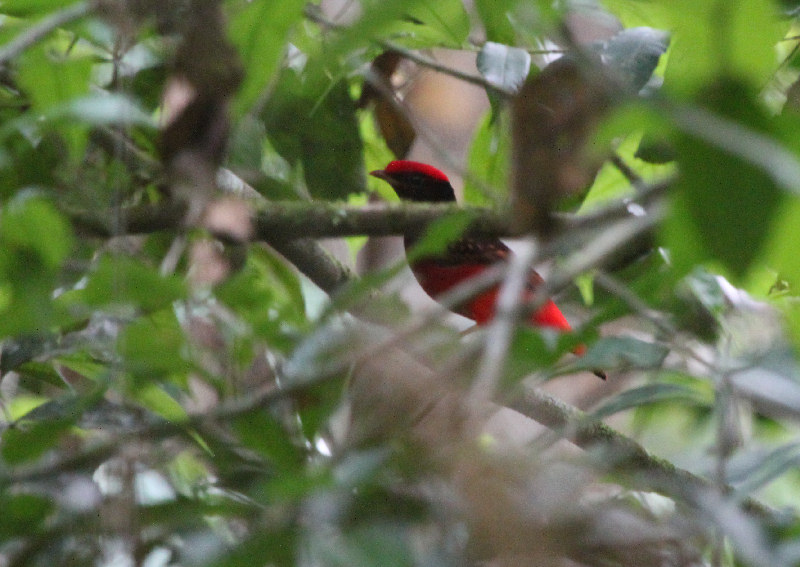 Guianan Red Cotinga (Phoenicircus carnifex) yep, we aren't in the Guianans but are seeing this species instead of its sister Black-necked Red Cotinga that is far more widespread in Southern Amazonia. Total stunner. 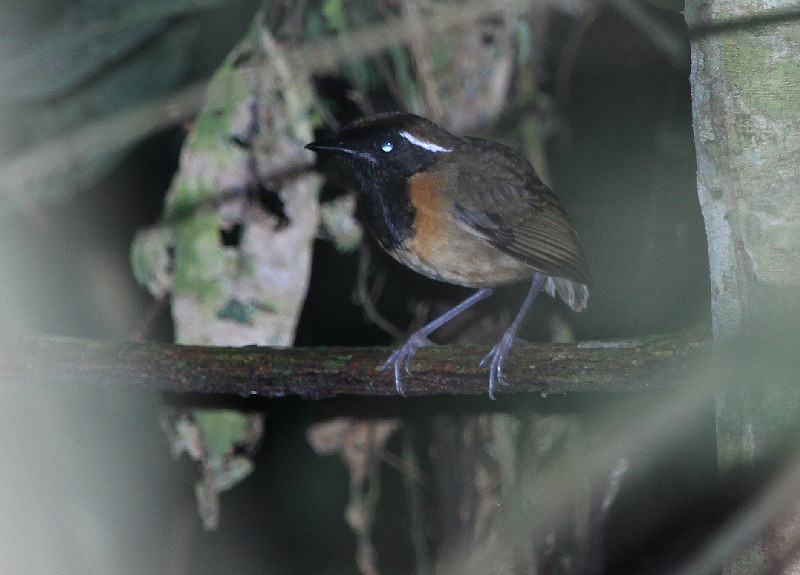 Chestnut-belted Gnateater (Conopophaga aurita) This is the snethlageae subspecies which is a likely split, we've found it to be reasonably common particularly in forests rich in Astrocaryum palms, although its less perturbation-tolerant than its replacement species - Hooded Gnateater in Paragominas. 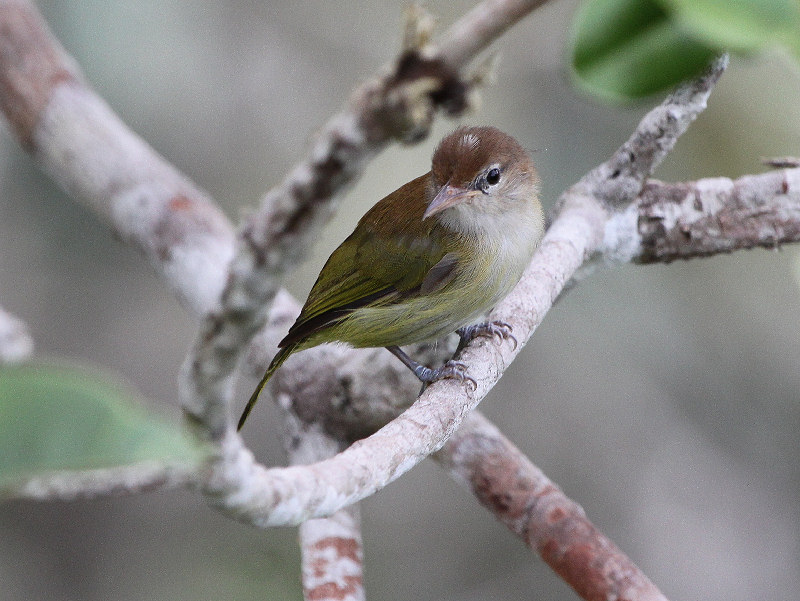 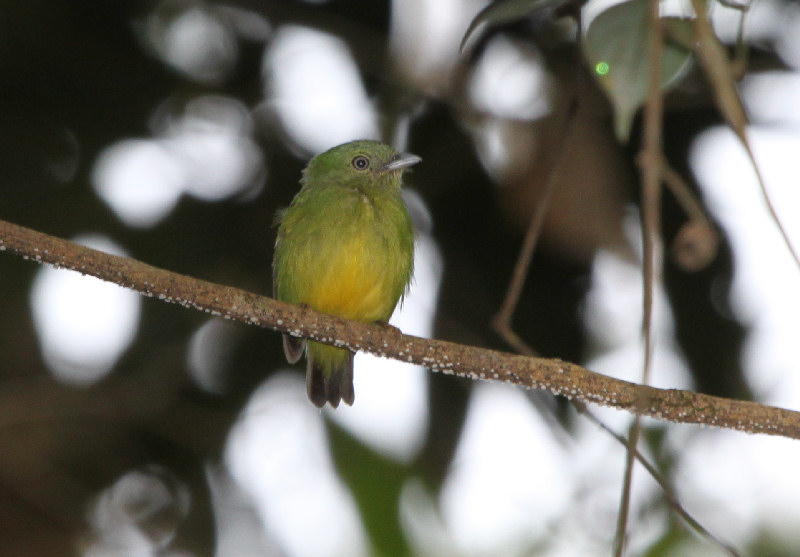 Opal-crowned Manakin (Lepidothrix iris) this was the last of the super-species trio for me after spending a couple of years watching Snow-capped Manakins around Alta Floresta and mounting a rapid (and successful) expedition after Golden-crowned Manakin in Novo Progresso in August 2006. 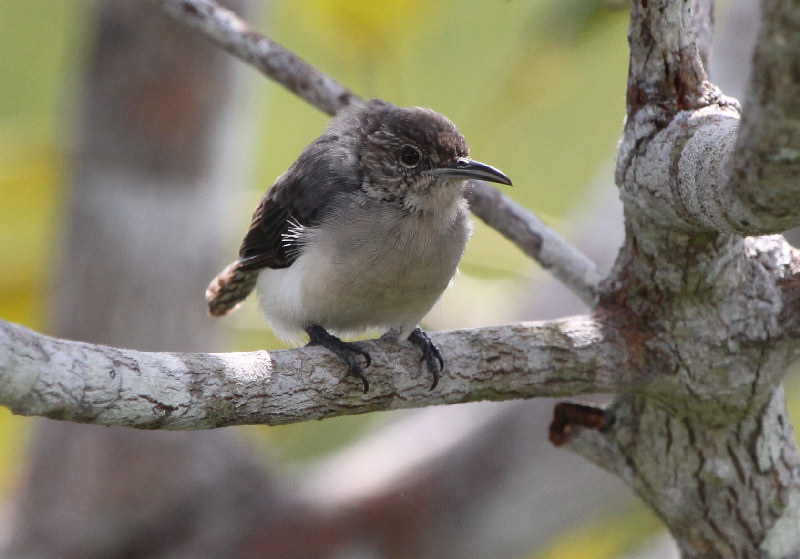 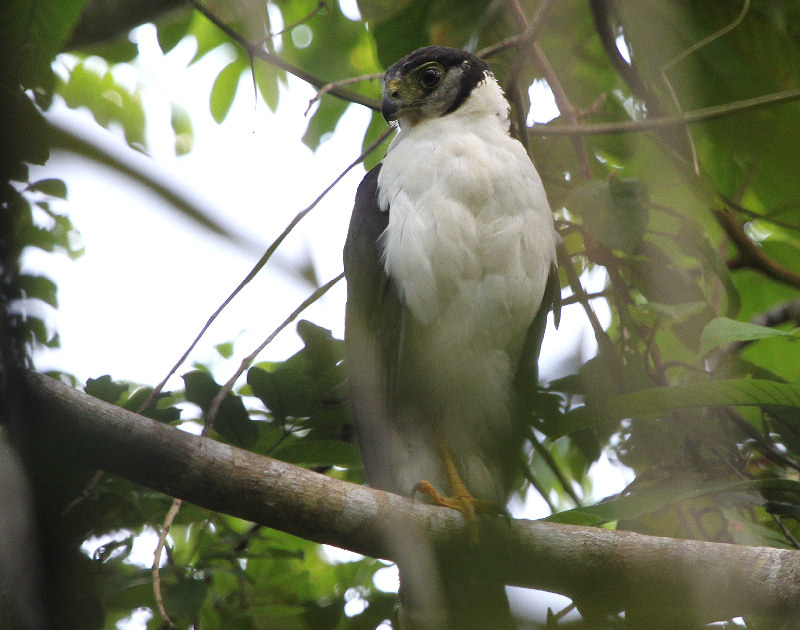 Collared Forest-falcon (Micrastur semitorquatus) this bird was attracted in to playback of White-chinned Woodcreeper, one of which I had seen but wasn't calling.... 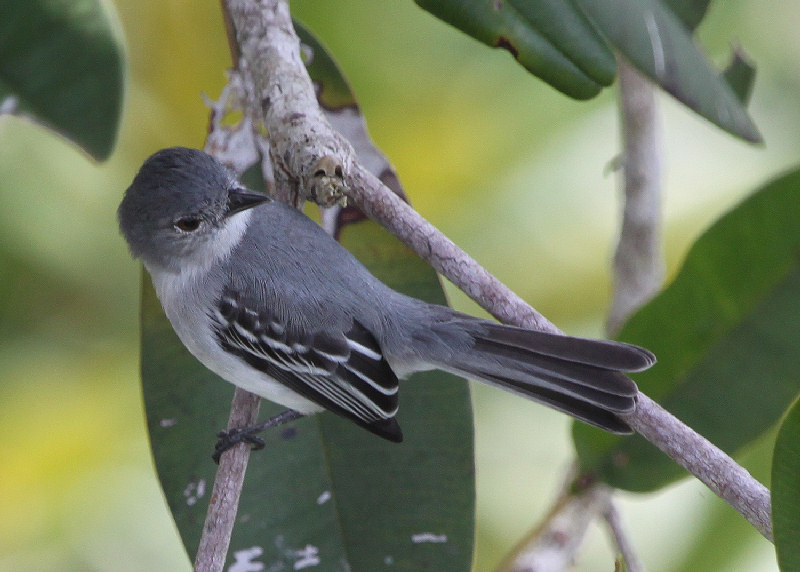 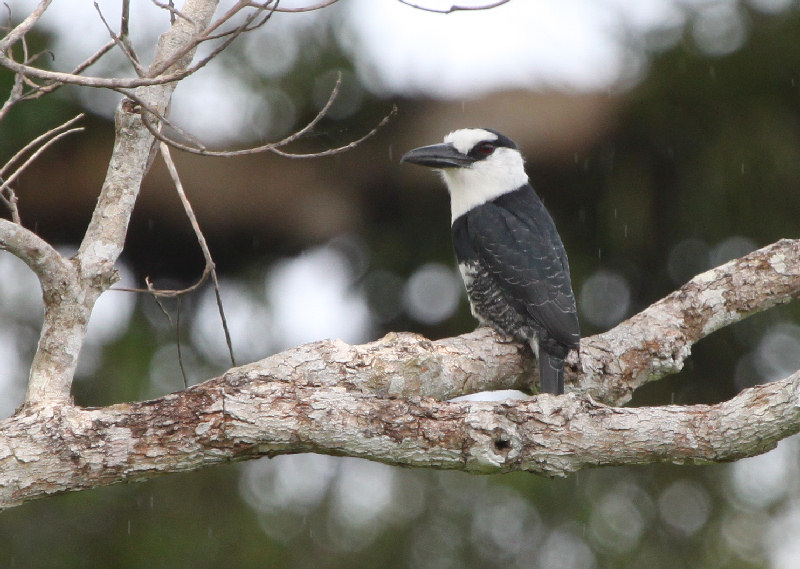 White-necked Puffbird (Notharcus hyperrhynchus) this individual staunchly refusing to take cover in the rain, maybe musing on its potential diet breadth - which stretches to Amazilia hummingbirds...! 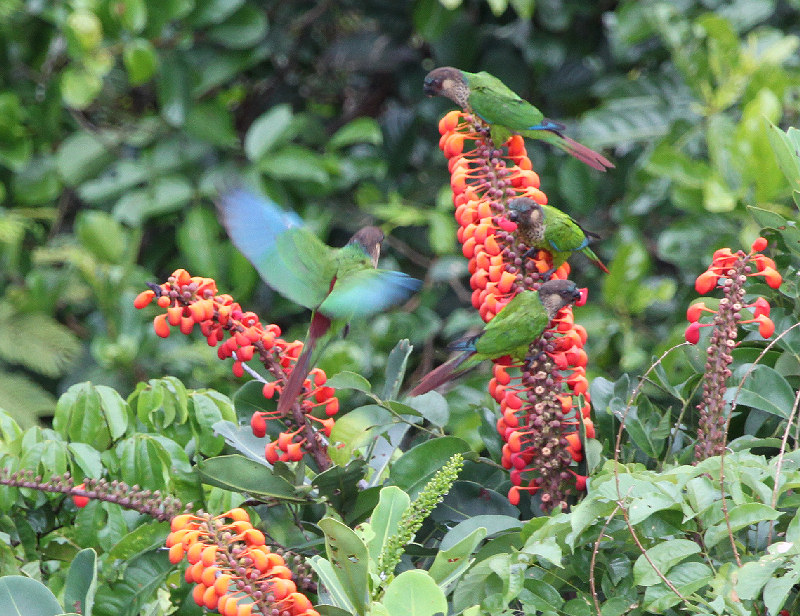 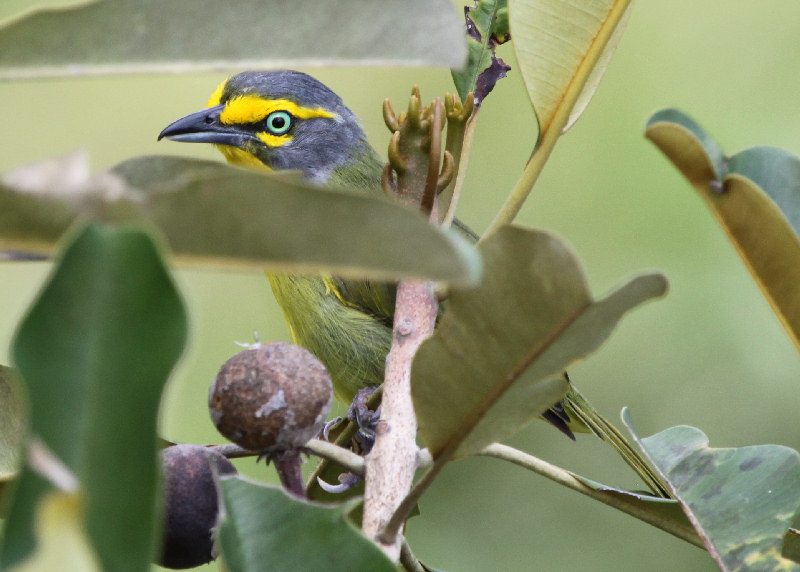 Spotted Antpitta (Hylopezus macularius) this is the paraensis subspecies, the group has been the subject of a molecular/vocal analysis at MPEG which will describe multiple species-level taxa. 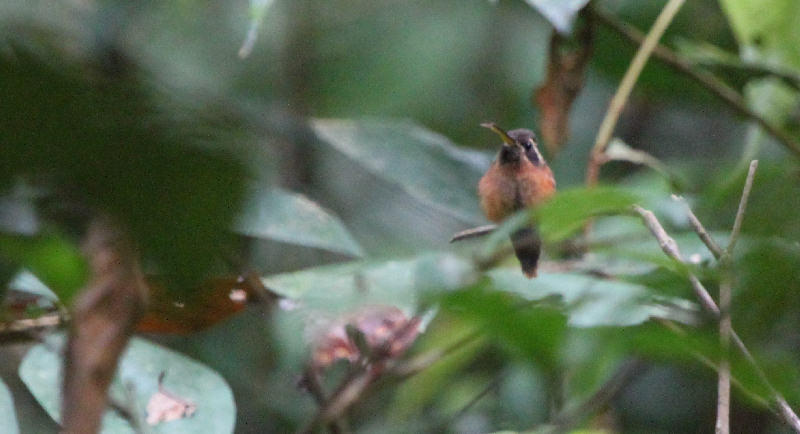 Tapajós Hermit (Phaethornis aethopyga) I saw this pretty hummer 5 years before it was officially described; its restricted to the Tapajós-Xingu interfluvium from the west bank of the Teles Pires to the Amazon. In some places e.g. Alta Floresta it occurs sympatrically with up to five other Phaethornis hermits! 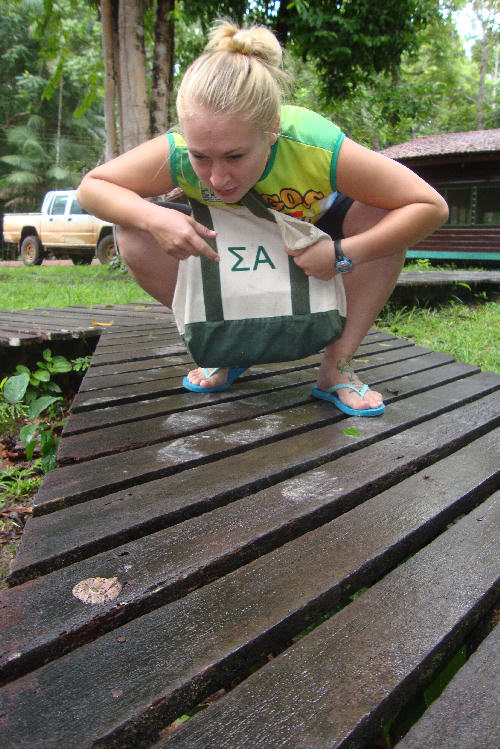 One of the downsides about working in the Amazon are the invertebrates that can make your life pretty uncomfortable. The worst place I have ever visited was the Rio Juruá in Amazonas State where the mosquitoes were unrelenting. Paragominas was pretty average, not too many mossies but lots of ticks, which, well, you get used too. Santarém was bad for chiggers but there were basically no mossies and no ticks. To make up for this lacks of inverts there were shit-loads of deadly snakes. The blob that this American soil-scientist is looking at is not as it may appear a turd, but is in fact a Common Lancehead. That's the alternative friendly-sounding English name for Bothrops atrox aka Fer-de-Lance, the (statistically) most dangerous reptile in the New World. One of our field assistants had been bitten five, 5, times in the region by vipers, most recently on the head by a Speckled Pit-viper Bothriopsis taneiata. 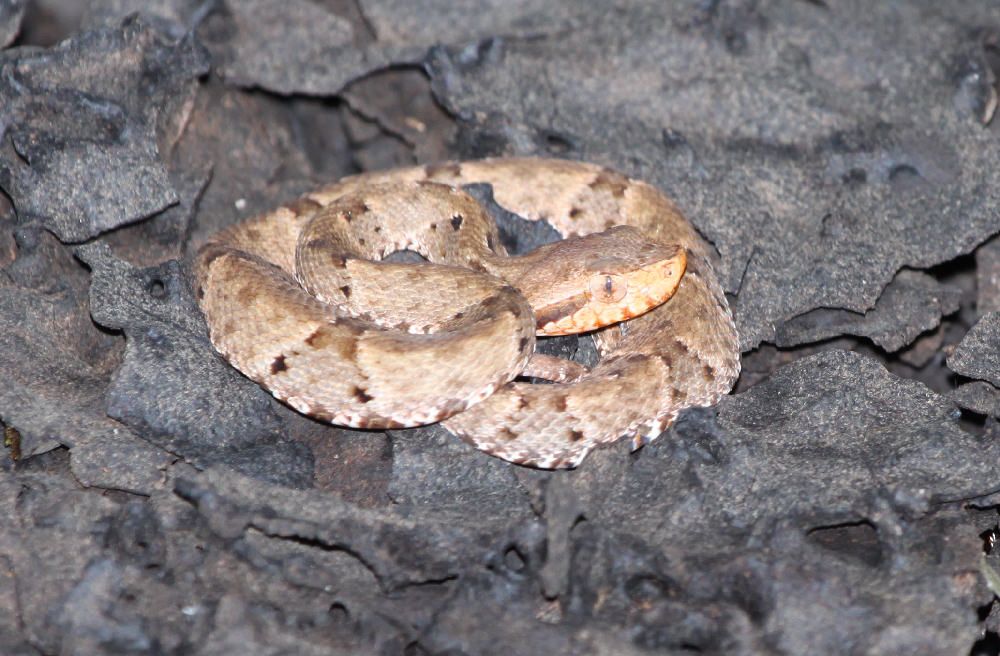 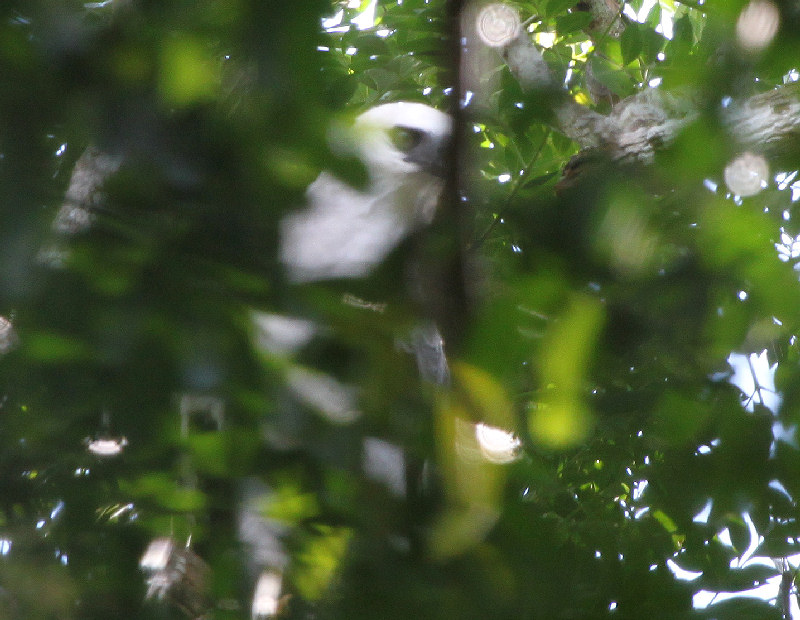 juvenile Crested Eagle (Morphnus guianensis) one our big discoveries, the 3rd ever Crested Eagle nest discovered in Brazil, and a suburban one to boot. All a bit Die Hard II 'how does the same shit happen to the same guy twice', after the 2005 Alta Floresta suburban Harpy discovery. 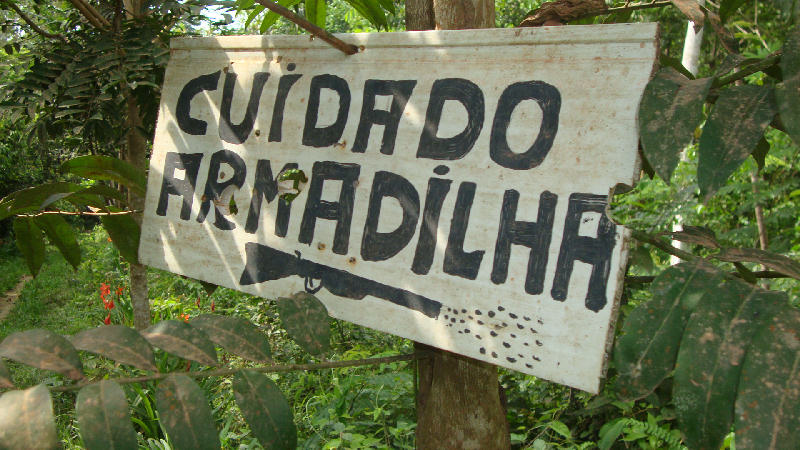 After spending 3 months in Paragominas dreading that tripwire, it was pleasant to see that at least some householders on wiring shotgun traps (to kill game or poachers) are decent enough to inform you about it. Some classic Pará hospitality! 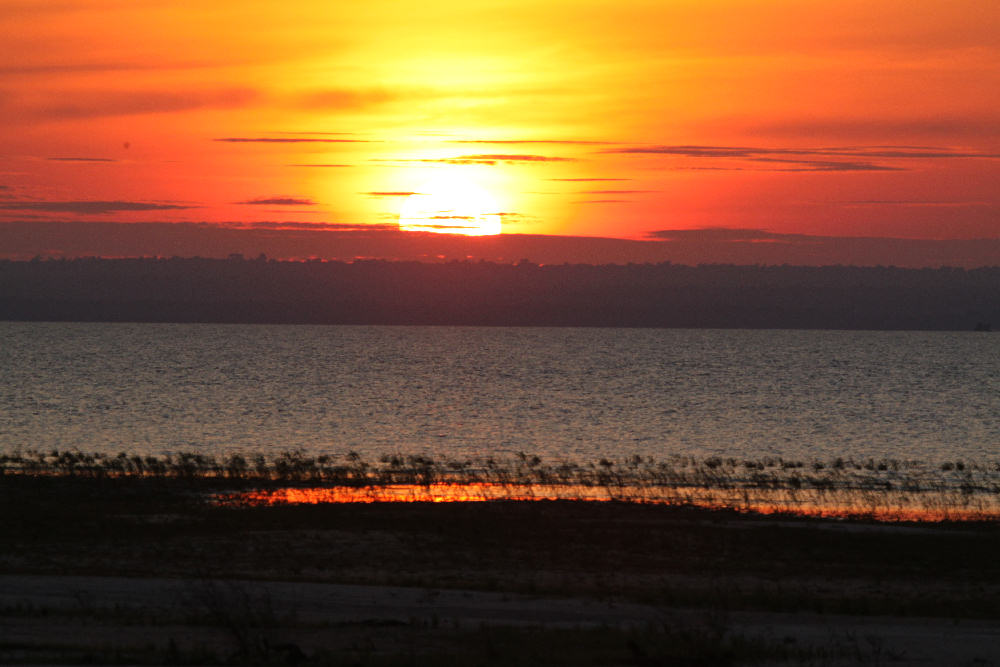 Sun setting over the Tapajós, and the antbird formerly known as Skutchia on the other side; something to do in February....