Stag parties are rather clichéd these days. Once upon a time it was simply a night down the pub for 20 pints of Tetleys and an 3-minute appointment with a one-legged stripper named Enid; these days the typical stag seems to have morphed into six weeks of paint-balling and body-boarding in Belorussia.  In order to celebrate the impending Gilroy marriage, we settled on a compromise deal: the classic Dingle experience of 2 hours wadering, 6 hours of chumming and 13 hours of binge-drinking. James likes to keep the first in moderation after all.

Following much negotiation over dates, a small band of birders assembled outside Shannon terminal and embarked on a mildly perilous trek across the birdless wastes of Kerry. Dans new truck was resplendent in black, whilst Dave's bright orange hire car was so large and shiny that it could have easily been mistaken for the latest Mars Rover.

First stop was to a well-known (unknown) seawatching point to look at the waves. After an hour of throwing bits of thousand-year-old lichen at each other, we moved on to an even less well-known site where we saw even less... Stag-on! After a full 2 hours of seawatching it dawned on us that we hadnt seen anything and we were still sober, so we decided the birding had to end and the pubs had to start. On the way back, however, both carloads independently decided to sneak off for some cheeky clandestine wader-hunting. It was the Mars rover team that decided to check the beach at Baile an Rannaigh, where fresh-from-Fiji Jez Bird manned up and pulled out a corking adult Bairds Sand from the assembled throng (of about 8 waders). Jez's in-field notes archived here.

Since arriving in Ireland and looking at the weather forecast, we had spent most of our time phoning around trying to cancel the stag-pelagic (or Staglagic as they are known in Ireland) to avoid our impending death-by-vomit. But after Ed Carty handed us some chum barrels with a laminated photo of seabirds on it, we realised there was no going back and it was time to 'get serious'. Nevertheless, when we boarded the tin tub in Dingle Harbour, the sense of foreboding in the team was palpable...

Unfortunately the skipper seemed to think that spending the day doing Ventry Harbour was a shit idea, and that we had to go out to sea and look at seabirds. Reluctantly we conceded, let go of the steering wheel and assumed foetal positions ready for the waves. The journey out was, as expected, boisterous. The Atlantic was heaving following a massive storm the previous day, but fortunately no-one was sick for at least 8 minutes. Thereafter there was some sickness. Nevertheless, the protagonists did manage a degree of pelagic bird-finding, even if most of it was carried out whilst lying prone on the deck.

We chugged out beyond the Blaskets and the Tearaght (where we will be pioneering insanity for three months in the autumn) and gingerly threw our laminated chum overboard, followed by some of our breakfast.

Once we'd parked in the Manx Stream, seabird activity was constant. A few Sooties enlivened proceedings, followed by the first of many British/UK/Republic of Ireland/British Isles Storm-Petrels. A Bonxie flew over and eyed up Ricks offerings before rushing further out to feast on mermaids or whatever they eat. A brief lull was then punctuated by the first of multiple Wilsons Storm-Petrels. How the hell do you count these things? Make up a number and then double it? We had two at once anyway... Highlight for many was the moment when a jaundiced Rob leapt up from his puddle in the corner of the deck, pointed wildly at the horizon and muttered "Great Shearwater!" before immediately realising he's exceeded his marine limitations and falling back into a coma. Stag-tastic! After that I cant remember what happened but at some point James wracked up his Britain&Ireland self-found 300 with a Red Phalarope, and we all cheered and sang stag songs and stuff.

The best bit was when we got back to the harbour and the skipper sustainably-harvested a load of massive Pollock which made for a rather pleasant dinner. We then proceeded as requested to "tear Dingle a new arsehole"*. You know standard stuff like drinking a yard of ale out of Rick's Leica scope, eating the whole contents of Dan's glove compartment etc. Fortunately we were able to piece together the rest of what happened the following day using the police descriptions on the local radio and bayesian modeling of our own past track records. That seemed like an appropriate time to flee the country in Dans aircraft carrier, and we were all safely home for tea and crumpets by early evening. Stag-arific!

*Actually it wasnt that crazy as Jez could remember at least some of the stuff that happened and even Stu stayed longer than his self-imposed post nine-o-clock news curfew. 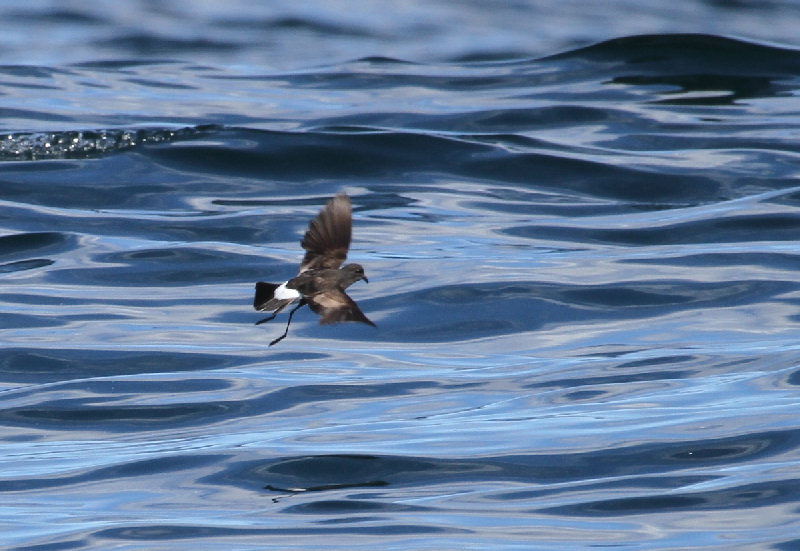 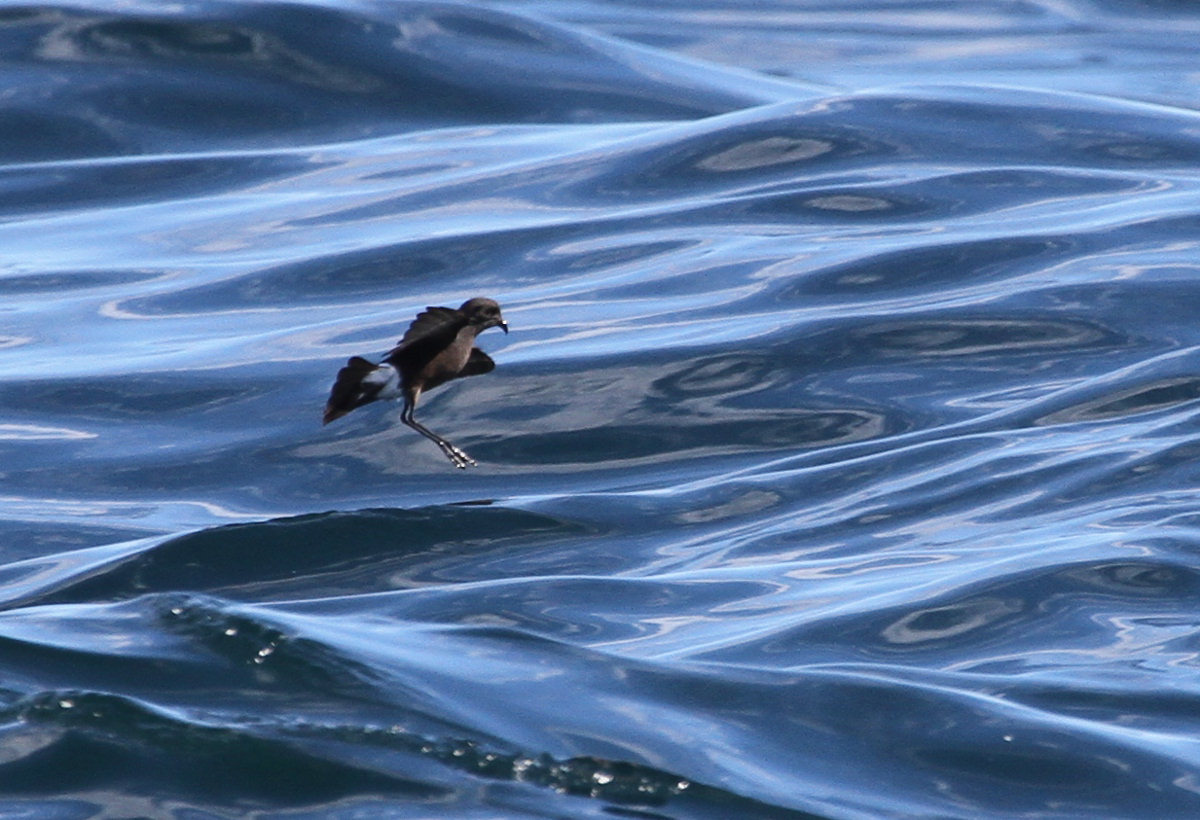 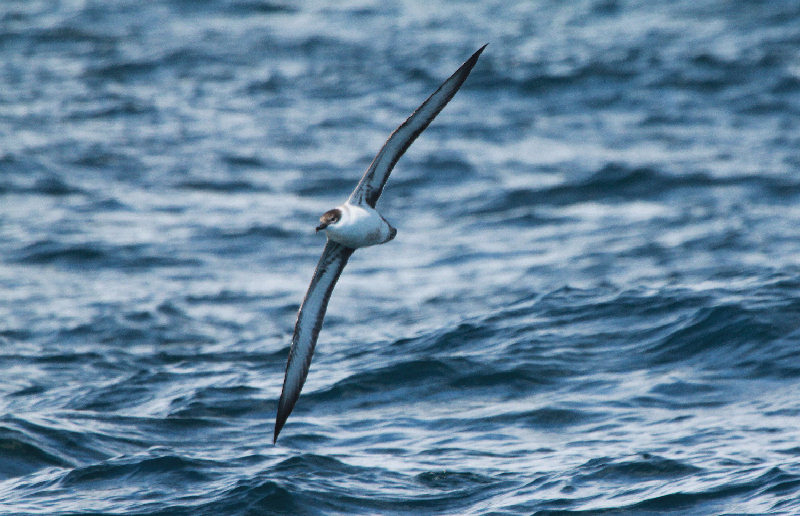 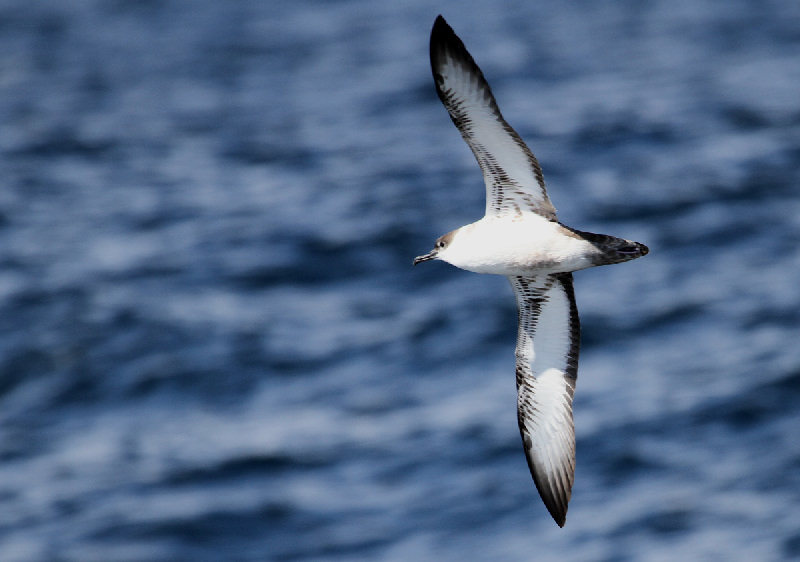 Stagg-ered migrant (above AL, below JG) 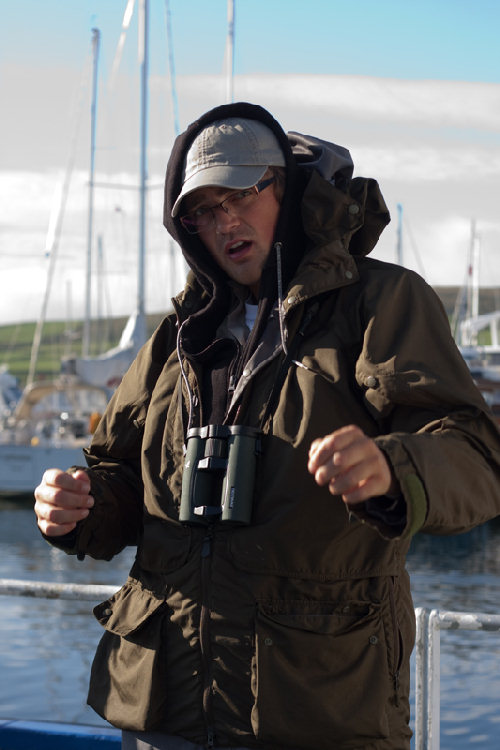 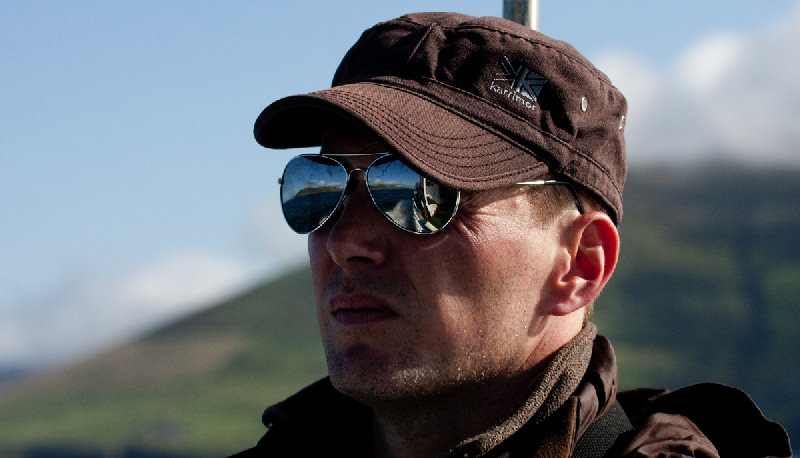 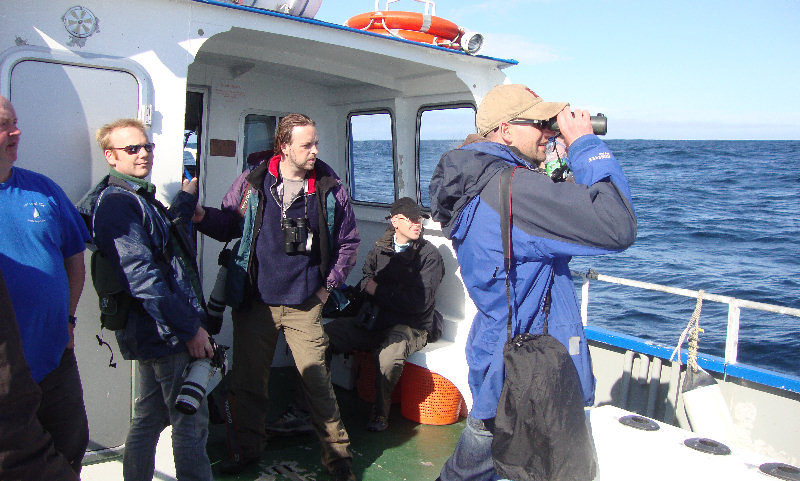 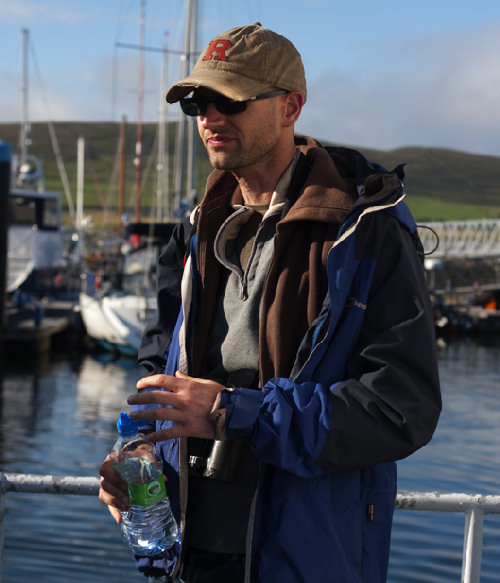 Stag considering whether being tied naked to a lampost, tarred, covered in feathers and set on fire might be preferable to being roughed-up by the Atlantic (RMa)