Whoevers writing the script for this autumn certainly seems to hate our guts. The old one week is never enough adage rears its unwelcome head yet again, drumming home the message that serious lifestyle changes are needed if were going to avoid an annual dose of October frustration.

It had all looked so promising. Wed boarded the Scillonian in high spirits after the speedy Atlantic depression of the previous week, the one that had surely dropped countless yank megas on the almost-birderless archipelago. The forecast for our week didnt give us much hope for new yank arrivals, but we knew there would be plenty in the system after the previous storm, and the promise of easterlies meant a good chance of an east-meets-west rarefest. Sure enough, as soon as the boat yawed its way past the Runnelstone, the deck came alive with the sound of rapid-fire mega alerts. Hermits to the north, Siberian buntings to the west and a convenient Mediterranean beauty literally waiting for us on the St Marys quay. Yanks were turning up left and right, and for a while we stopped scanning the waves for grey phals and started optimistically searching the clouds for a drop-in Catharus. 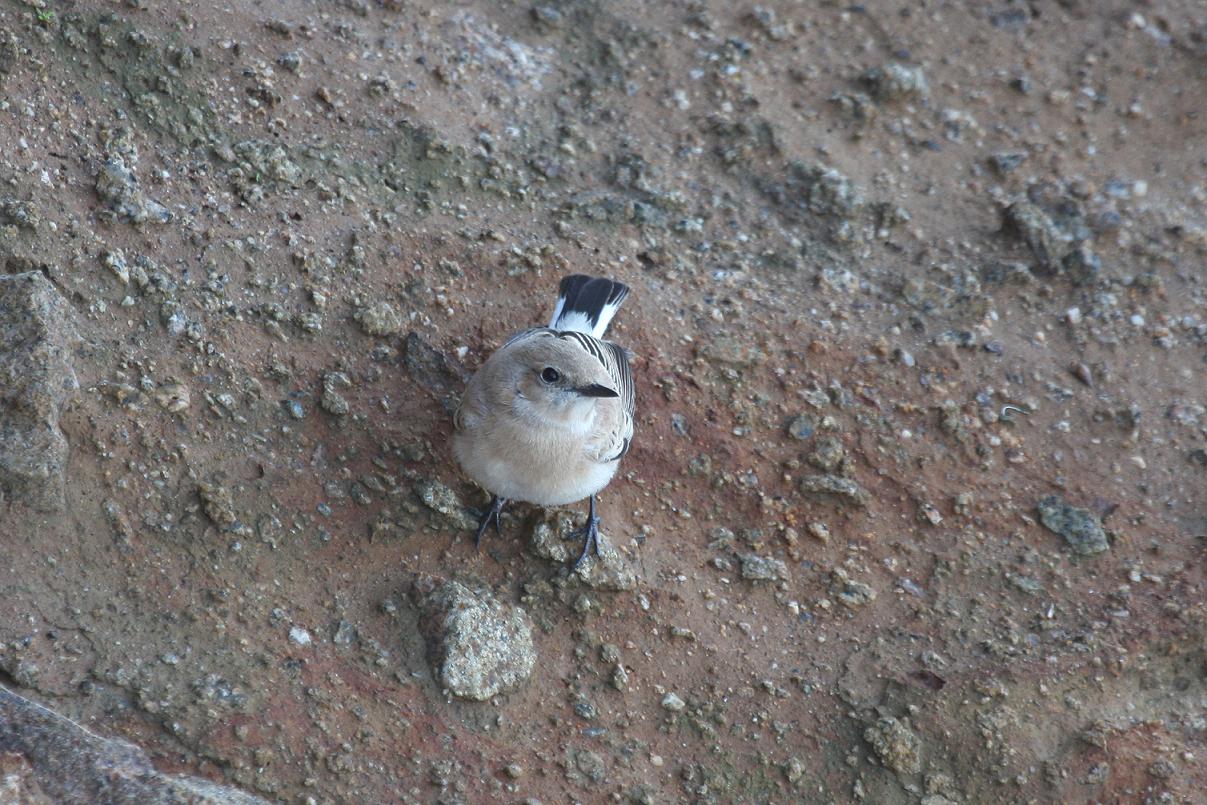 Predictably, once we were installed on the island things started to unravel pretty quickly. After about the third day of scouring bracken and elm on St Martins for little reward, our pool of optimism evaporated into a tepid puddle of lingering disappointment. Another year, another failure.  Crippling yanks continued to be found on islands either side of us, but we had the inescapable feeling that wed exhausted all possible hide-outs for lurking passerines on our chosen rock. The closest we came to yankage was a wind-drifted bwink call coming from an unseen culprit high above the school on 10th, though sadly nothing materialised in the bracken.

The best bird of the week, a beautiful Tawny Pipit on Lower Town beach, was another source of pain in the self-found stakes. It was first heard by JG on 9th calling distantly somewhere over the beach, but after tramping through the marrams to no avail he wrote it off as a figment of his imagination. Next morning, JG and RA both heard it more clearly, this time heading north over Lower Town. Both were more confident of the ID this time, but didnt want to claim anything without actually seeing the bird. Given its heading, they figured a search of the barren headlands would be in order, but only after the trees had been thoroughly worked for yanks. Sadly the beast had other ideas, slipping back to the beach and giving itself away whorishly to a bunch of day-twitchers. Cracking bird, but the chance of a quality self-found went begging. 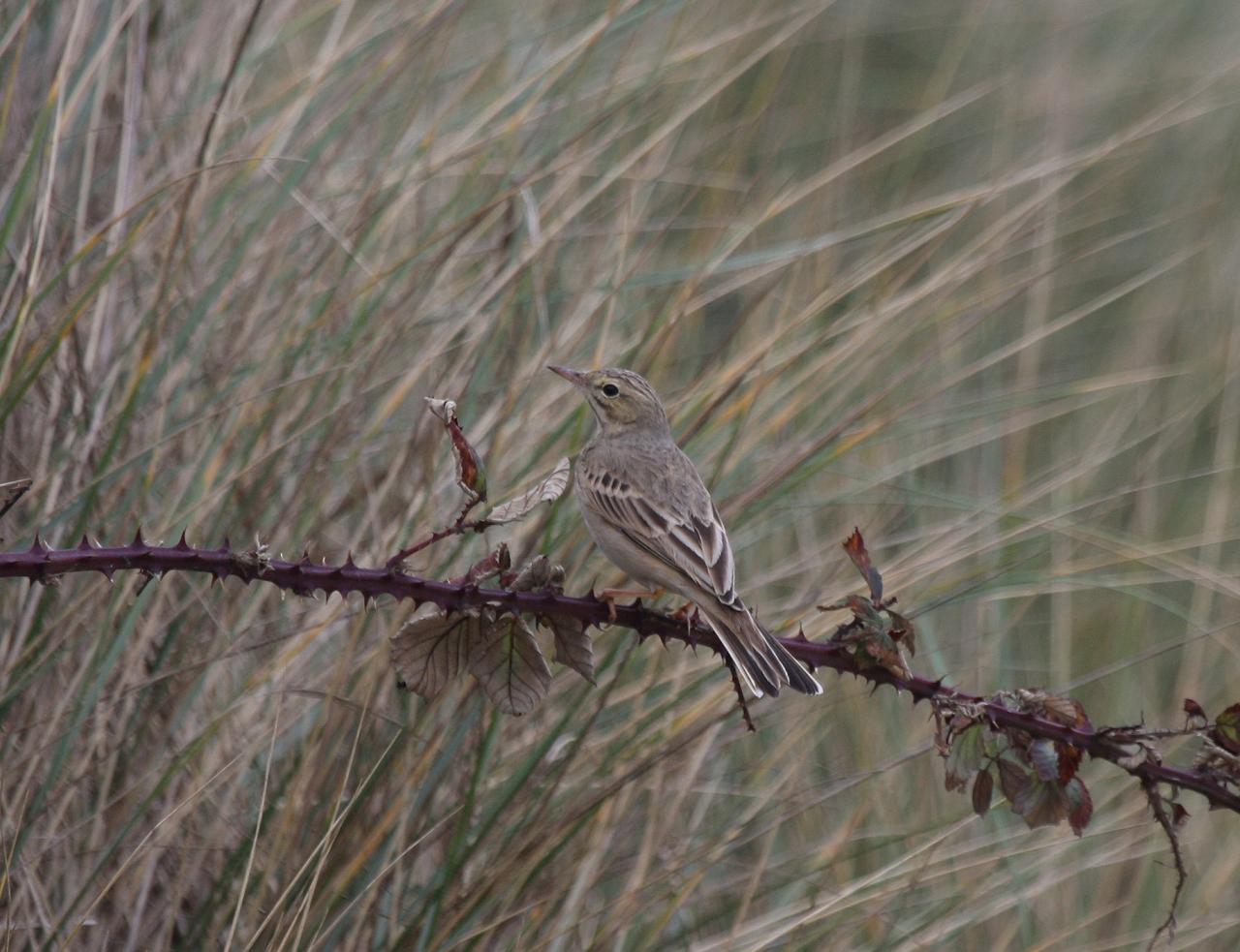 Second best was a Melodious Warbler found by JG near the school on 10th, which also caused more than its fair share of confusion/misery. Initially seen briefly at long range, it looked good for Melodious but views werent good enough to be 100% certain, especially as it showed quite a strong wing panel. The bird then went to ground and stayed there for the next three days, occasionally poking bits of itself out of the brambles but never showing properly. It was eventually seen well by some visiting birders who IDed it as an Icterine and broadcast the news. Next day, after much perseverance RA managed to corner it and secure some quality pics, confirming that it was a Melodious after all. Towards the end of the week, DWS found what was almost certainly the same bird in the elms at Sevenstones Pub. 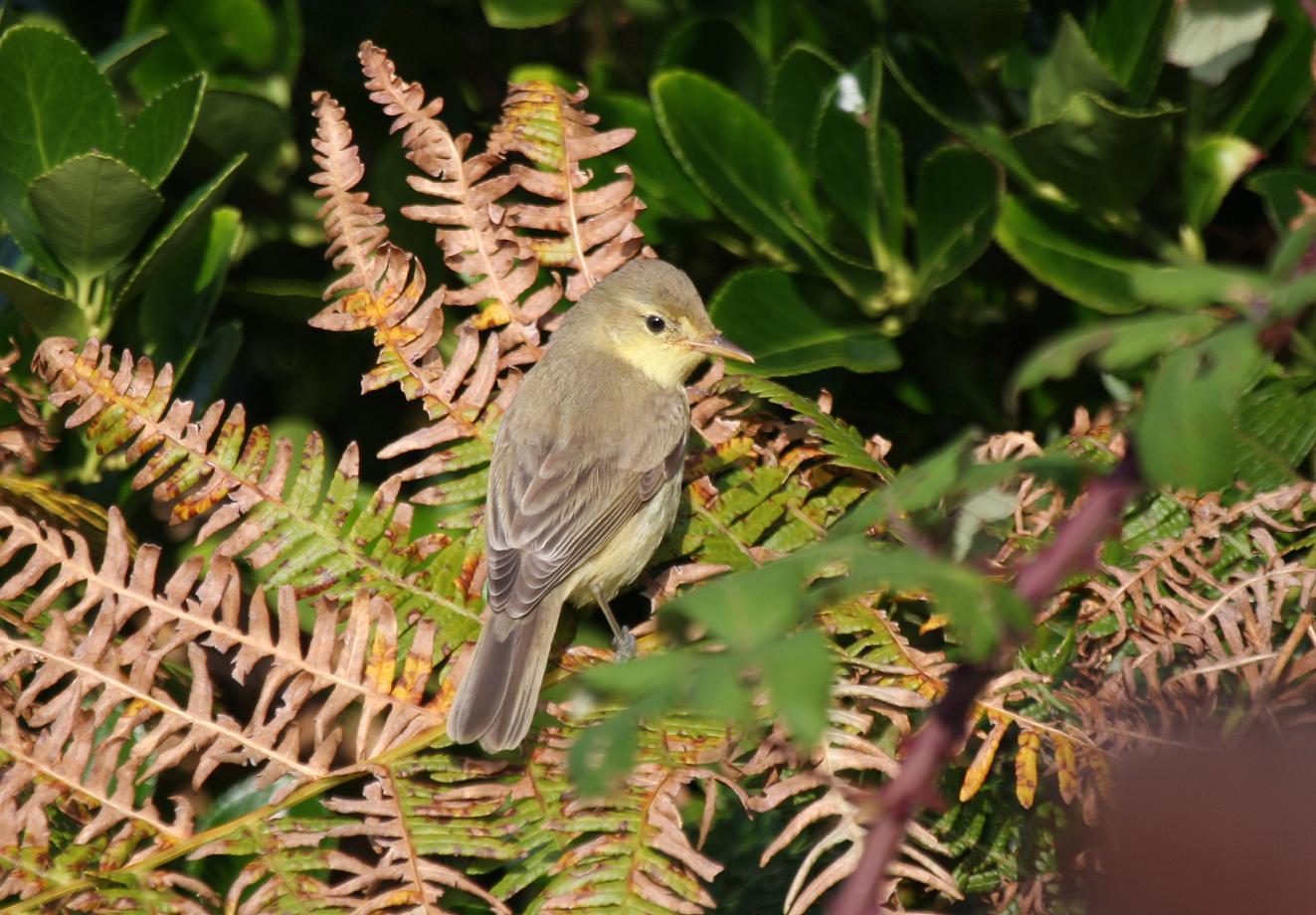 Beyond those meagre pickings, our scarce haul was fairly average  RA found an RBF, GD found a Dartford and everyone apart from JG found Wrynecks. A Grotfinch found by RA and GD at the school on 13th was apparently different to the bird found by day-visitors at the other end of the isle on 12th. The common migrant showing was surprisingly good, particularly Pied and Spotted Flycatchers with up to 25 of each over the first few days, though the Yellow-brow total stood at a lowly four. Bizarrely, we were also treated to another comedy Pec suffering from Martins madness... How come they seem to love puddles and tripod legs so much on this island? 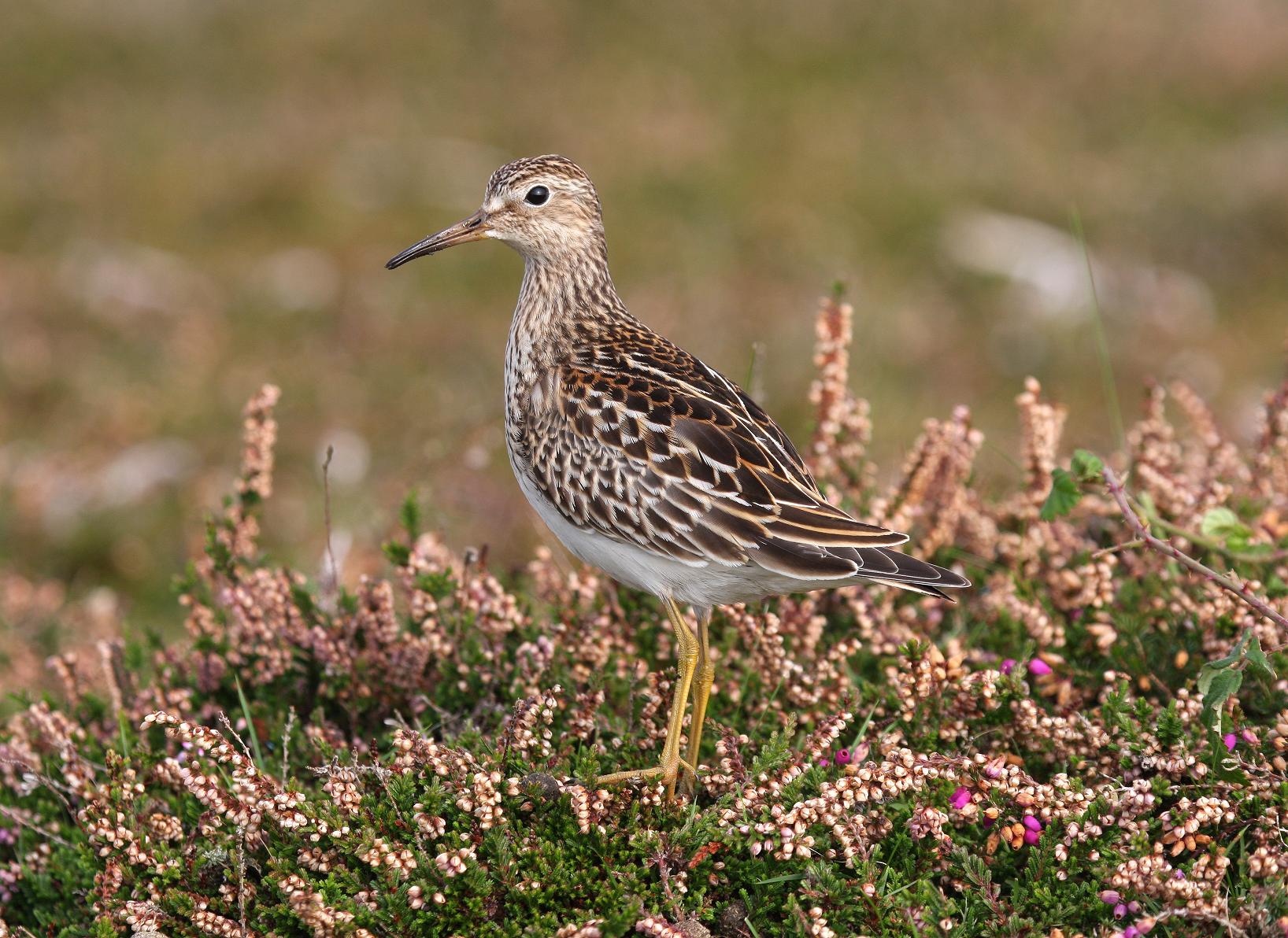 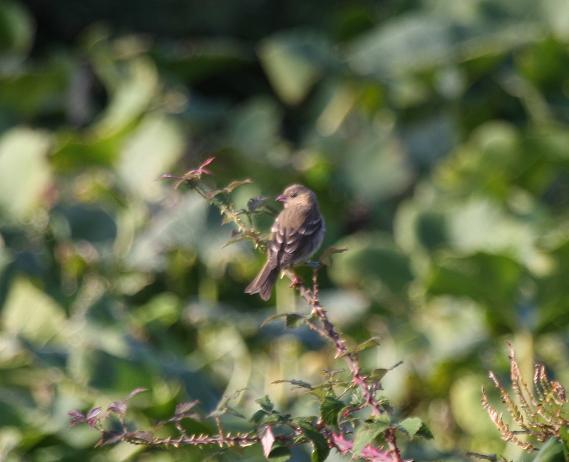 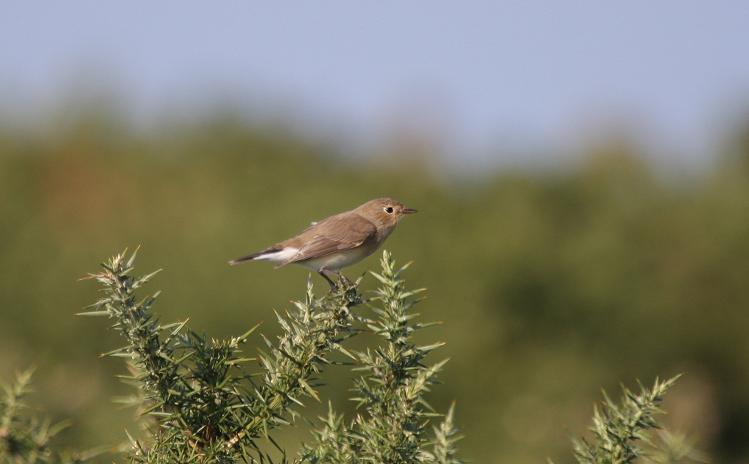 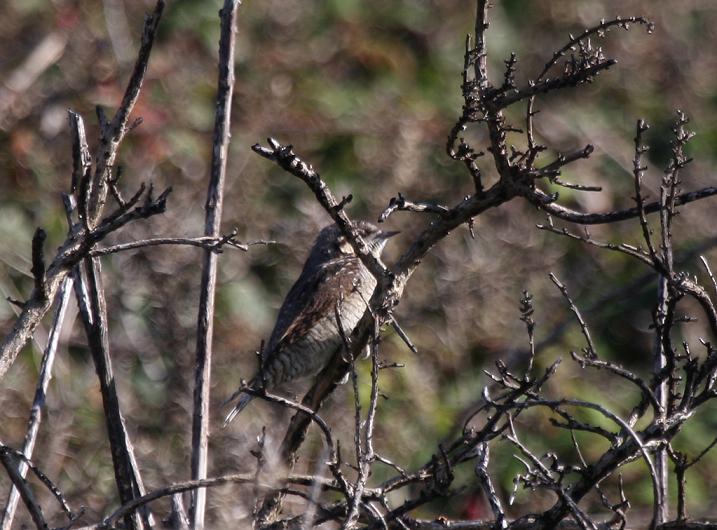 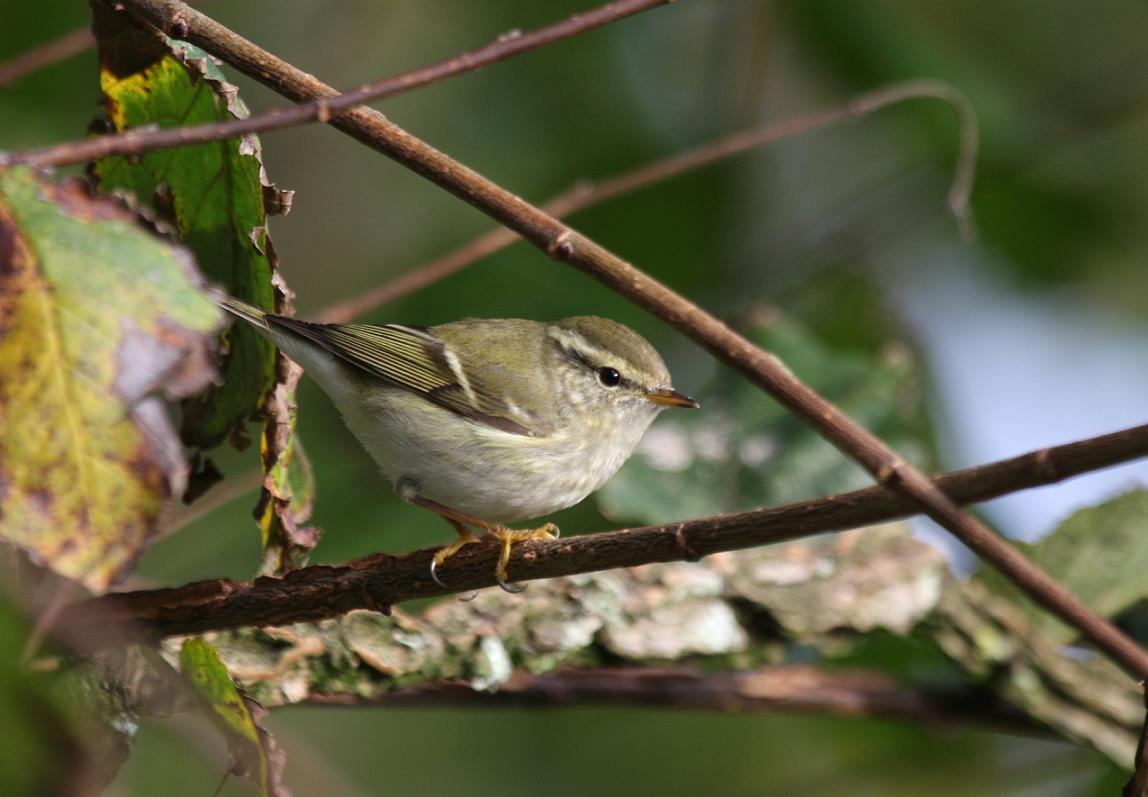 As for the general demise of Scilly, it seems the trend is continuing unabated. The weather system that hit the islands before our arrival was an absolute corker, delivering top-notch yanks to pretty much every likely spot from Brittany to the Western Isles, with one obvious exception... Admittedly, a REV was eventually found on Agnes, presumably having lurked unseen in one of the inaccessible parts of the island before eventually finding its way to the Parsonage. We can only wonder what else was present on the isles while the Chestnut-sides, Yellow-rumps and Catharuses were turning up elsewhere. The fact is, modern-day Scilly receives barely a fraction of the coverage it needs. The isles are absolutely covered in greenery (probably more now than in the 80s?), much of which is difficult to access. More to the point, only a tiny proportion of the 200 or so birders that visit the islands these days will put in the hours needed to eek out Dendroicas on St Marys. For even a reasonable proportion of stuff to get found, islands like the Scillies need keen bird finders to be out in force, making co-ordinated efforts to search exhaustively. That just doesnt happen these days.

Of course, that should make it a boon for would-be rarity finders  the rares are all still there, just waiting to be found. The trouble is, even if youve got the place to yourself, bird finding on Scilly is still ridiculously hard. Its a whole different game compared to Shetland. If you walk within 50 feet of a Hermit Thrush on Sumburgh Head, theres a good chance itll flush and youll see it. Do the same on St Martins, chances are itll stay in the bottom of the hedge, totally invisible. If it does flush, it only needs to fly about five feet before it finds impenetrable cover. Now, if thirty keen birders were to walk past that spot during the day, thered be a reasonable chance one of them would find it. If only ten walk past, maybe not. Especially if eight of those ten are concentrating entirely on chatting / listening to Radio Filby / getting to Daymark to twitch the Snow Bunting.

Scilly obviously has enormous potential for self-found rares these days, but its incredibly hard work and can be massively debilitating. You can see why everyone is opting for easy street and heading to Shetland. Judging by how Fair Isle and Foula did, it was probably a pretty crap season overall for the Northern Isles, the big mainland haul simply being a product of increased observer coverage. If you want an October holiday with guaranteed self-found results, thats the place to go. Still, a quick glance at the pics from Sein and you realise realise how amazing the south west might still be, with the right slice of luck... 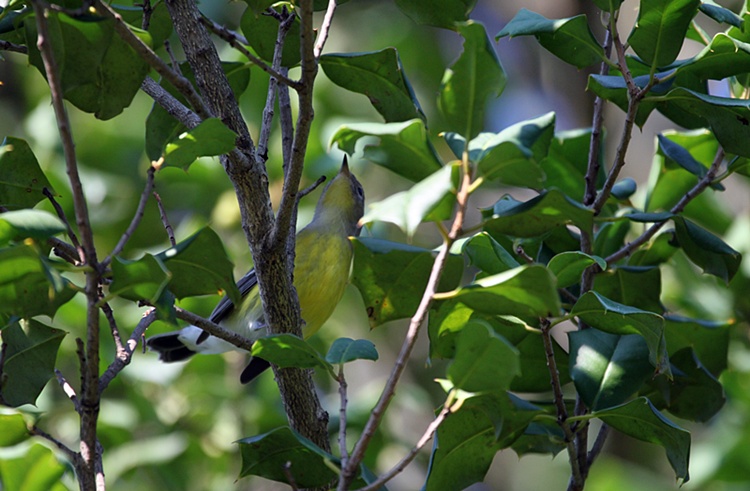 (All pics by RA except the above, taken by JG in USA).