Heroes of the underground


Roaming far and wide, mostly between the Moose and the Alex, this crack team sometimes goes birding. With potential untapped, abilities untraceable and motivation absent they periodically stumble into the glaring light of the Norfolk birding scene. Then, realising their mistake they scuttle back into obscurity to resume lives as international sporting legends, revolutionary leaders freeing the oppressed and cheesemongers. Working as an ecological survey monkey for RPS Group. Generally involves getting up before I've gone to bed, standing in fields in the dark, walking around in circles and counting the same bastard black-wits eight times a day. The time of my life is being had. Dervish tendancies are less prominent these days after twenty-three years of cartilage crushing uninhibited expansive manoeuvres in the dark. Moving up in the world, or sideways, to a position as a highly respected pro-ecologist doing important stuff for someone else. Gets to tell kids from UEA that newts are not reptiles. That's the standard of university eduaction these days. Multi-award winning book constructor, selling at least 67 million versions of his opus 'Thinking about Mammals, like where they are in UK and Stuff'. Unfortunately they were all bought up by his Mum, so everyone else had to put up with 'Where to 'Watch Mammals in Britain and Ireland'. Exclusive follow-up recently announced to me in the pub: 'can't tell you'. Sounds great. 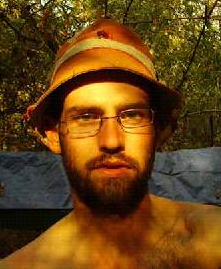 Most optimistic birder in the world, never twitching a bird and consequently actually sees nothing. Except for Bonaparte's Gulls. Amazing rare radar, often predicts exactly where something will turn up but never goes there, instead leaving it for mere mortals to find the birds manually. Likely to completely sack off the human race and live with fin whales in Biscay. 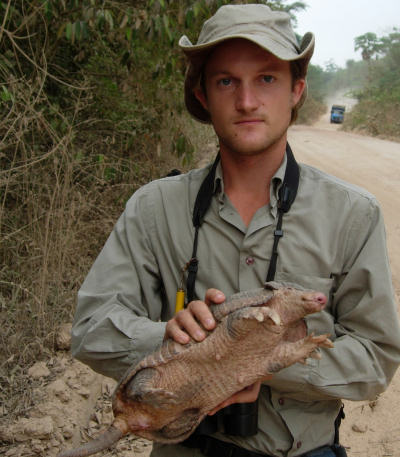 Cemented his place as the next king of the Neotropics by completing his PhD on how best to fragment the Amazon. Caught in a moment, freed from responsibility; consequently applying advanced self-finding filters to his life. Hence he's on North Ronaldsay for a month, only returning for the punkbirder annual autumn annhilation '08. After that, adulation or oblivion. 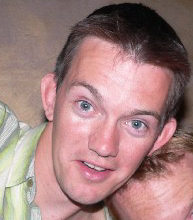 Incapable of going outside without finding something rare these days. Secretes a sweet-smelling pheromone from glands in his ears that AGPs and Semips find irresistible. If he were to have an accident on a Welsh hillside he would be easily located by the procession of large rare raptors homing in for a chance of some Dan meat.

Sunbirds finest, not content with just showing a species to his adoring fans he specialises in recording entire populations of target species.

Fastest growing contacts book in the UK, pulling out all the EIA work from under the feet of other consultants. Truly Golden Brown. Legend. Really funny if provoked, though a bite could be fatal. Voted Most Likely to Die in an Amusing Incident; in fact, many lesser mortals would have already done so if faced with the challenges Si has brought upon himself in life. Only person I know with plague (bubonic) on his self-found list (on his ankle).

Currently up to his knees in leeches and rhino dung in darkest Vietman led by his wife Sarah, charged with the prospect of saving the entire fauna of Vietnam against all the problems of the world. James described the situation as a complete disaster requiring a miracle. Should be a doddle for Si. 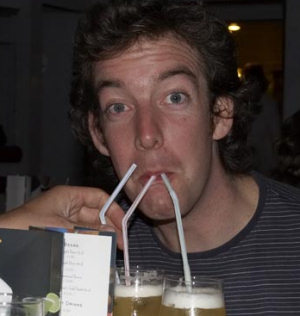 In between bouts of surfing, snowboarding, international exploration, "Ultimate Frisbee", and being the lead singer of popular rock group The Darkness, Jez occasionally finds time to go birding. Currently languishing in Derbyshire, waiting for his dream job as an 18th century natural historian to become available. Approach with caution if seen wearing a leotard.

You've met us lot, now meet everyone else...