LATEST NEWS:  25/03/07 ITS OVER OK, sorry to those people who were expecting closure on this but it all rather fizzled out, which was a relief because we were all sick of points arguments in the pub when we should have been talking about the intractable nature of the Tselinograd mystery warblers debacle or which member of Girls Aloud we fancy more etc. Basically Dan won by spending lots of time at Smerwick Harbour but hands down to him because he didn't go to Shetland and found loads of good bird in Cambs which was once-upon-a-time declared a bird free county. Early indications suggest that the compeitition won't run this autumn, but watch this space...

23/11/06 We remembered that we forgot about our Shorelarks. Yes we are that desperate.

17/11/06 Rob Martin has just remembered that he found a Snow Goose in Lincs a while ago, and has asked for some points.

10/11/06 Unassailable Dan Brown keeps on finding - this time a Dotterel in Cambs.

Winston Churchill once said History will be kind to me for I intend to write it. And indeed he did, as he negotiated our great country through World War II. The UK has produced many great warriors, triumphant heroes, and names that will be etched in the annals for the rest of time. We at Punkbirder recognise the greatness needed to achieve such stature. That's why, this autumn, we will be looking to carve our own names on the face of history. We will scour the marshes, the sueda and the dunes; we will scrutinise the tidal mudflats, clifftop woods and the open seas. Weather charts will be studied and tide tables examined. We will pack our scope, bins, digicam, handycam, tins of ham and silken lens cloth and set off on our quest. For he who finds, does indeed keep.

After last years trial run, the ultimate birding competition is back: Finders Keepers. The aim of the game: to find some rare birds. Pride is at stake, and so is some money. Punkbirder associates will each put a sum of money into the hat, and come the winter, when the last humes has been counted, we'll total up the scores and give the spoils and respect to the victor.

For each find of any consequence, the finder will be awarded points by the Punkbirder Panel (i.e. the other competing members). The maximum number of points that can be awarded is 100 (for some cosmic 1st for Britain), and as a guide, BB rarities will receive at least 10 points (including the species they recently sacked off the list, cos they're still pretty rare). Points will be allocated on merit, taking into account location and current rarity status, plus any quality antics prior to the find . So, half-decent birds at crap sites (e.g.Whitlingham Lane Country Park) are eligible for points (although not many), and finding scarce migrants in Norfolk will earn more points than finding them in Shetland.

Last autumn was crap, but the team still pulled out such crackers as Dusky Warbler, American Golden Plover, Baird's and White-rumped Sandpipers, Rose-coloured Starling, and a plethora of scarce like Barred Warblers, Pecs and Ring-billed Gulls. This autumn will be better for sure. 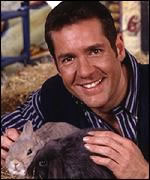 BLACK KITE mid-Wales somewhere on private land (he cannot tell us or he will get fired) 12/09/06 20 points.

SEMIPALMATED SANDPIPER Smerwick Harbour 08/09/06. 18 points, plus 1 point for photo. Pos-hoc analysis reveals Dan's final act in Ireland part 1 was to digi-blast a entirely new bird, leaving Semipalmated Sandpiper almost too common to bother with on these pages... Previously had co-found another SEMIPALMATED SANDPIPER with RDM at the same site (05/09/06) for another 18 points, plus 1 point for photo.  Finally Dan is claiming yet another new SEMI, again photographed at the same site, this time on 25th Sept, for another 19 points.

SEMIPALMATED SANDPIPER, Blennerville 06/09/06. 18 points, plus 1 for photo. Again, great timing coupled with lashings of Brown's finest preserves. The fact that it was apparently found by Michael O'Clery is irrelevant, as this news was not known prior to finding the bird (or afterwards, for days it seems). Maximum respect also to Keith Langdon, who in the midst of a flu ridden fever noticed this bird before Dan and made the mistake of asking him if it was a Semi....

, Tra Beg 05/09/06. 15 points, plus 1 point for photo. Solid work, no doubt cream was appearing on Dan's scone around this stage of the day. Apparently a totally different looking bird to that previously found down the road. Waiting for photos...
Biggest day score in FK so far, a whopping 51 points for a few hours professional wader barbequeing

MARSH SANDPIPER adult at Pagham Harbour (West Sussex) 29/07/06. 30 points, plus 1 point for his photographs. Read the full story of the find here. 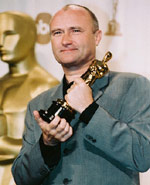 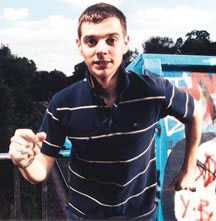 SEMIPALMATED SANDPIPER Smerwick Harbour 05/09/06. 18 points. Co-find with Dan, great sticking with one site 'til it coughs up the goods +plus 1 point for photo. Rich was also apparently involved in at least one more SEMI-P in the Smerwick Bay free-for-all, so what the hell - another 19 points.

ROSE-COLOURED STARLING, Smerwick Harbour 05/09/06. 15 points. Notable find, hard to pick from the billions of vulgaris infesting the region but not a real exciting rare. 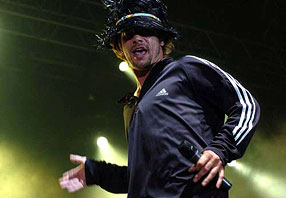 Rares: SNOW GOOSE at River Nene mouth, 25/10/06. Technically rare, but bear in mind that a) his mate found it first, b) he phoned it out as the wrong species, c) it is only a re-find of the norfolk bird, d) it's probably an escape and e)  it's a goose and therefore shit. All in all, worthy of 6 points.

Scarce: BUFF-BREASTED SANDPIPER at Warham Greens (Norfolk) 19/08/06. A simultaneous joint find with James Gilroy 13 points, plus 1 point for photos. Rob also gets 1 point for being dressed in full country gent regalia (left) when the bird was found.

Current Score: 125 points [was in Brazil until October]

Rares: UPLAND SANDPIPER at Norwick on Unst co-found with Paul Harvey and Micky Maher 06/10/06. 45 points plus 1 for photo.

Rares: PECHORA PIPIT at Virkie, Mainland Shetland co-found with James and Rich 14/10.06  35 points plus 1 for photo.

Dross: YELLOW-BROWED WARBLER - many on Shetland, 2 points for the season. 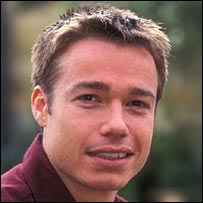