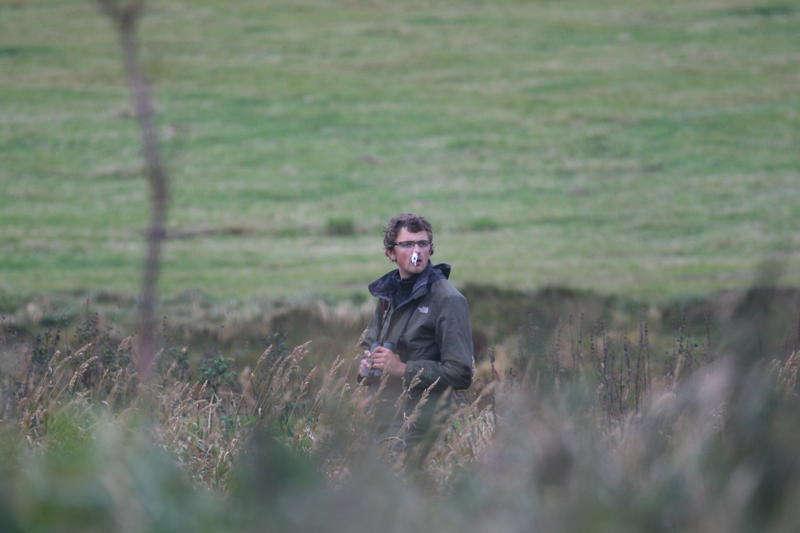 so exciting/traumatic it comes with a health warning  (see above)

Well, new team, same islands. No Guernsey Dave to tarnish already tainted reputations, just the small matter of restoring some pride.... Dan braced himself for his first autumn on Shetland by lying in bed for the first full day thanks to a nasty gut-related impediment. But, not before he had lifted his bins once to chalk up the first Barred Warbler of the season. So the team assembled; Keith Langdon, Tom Lowe and Danf plus one stow-away, Hanny Watson; destined for Mousa but actually just enjoying the comfort of our chalet whilst the swell continually battered the shores. Whilst Hanny and Dan sweated out the virus KL and TCL thrashed our local patch, Fladderbister kicking out a few common migrants, and three massive 'polls flying over: two dark Greenlands and a white one... After doing a circuit of the neighbourhood they ditched into a croft and were promptly followed but to no avail, they couldn't be relocated. Just a Green Sand flew over.

TCL and KL ventured further afield, adding another Barred Warbler flushed off the road at Aithsetter, a Pied Fly and Brambling at Hoswick, and a couple of Blackcaps at Kergord. With the SSE wind picking up late afternoon, shelter was sought at Voe, where a couple of Y-br.Wblrs were seen (along with Lesser'throat and Garden Warbler. 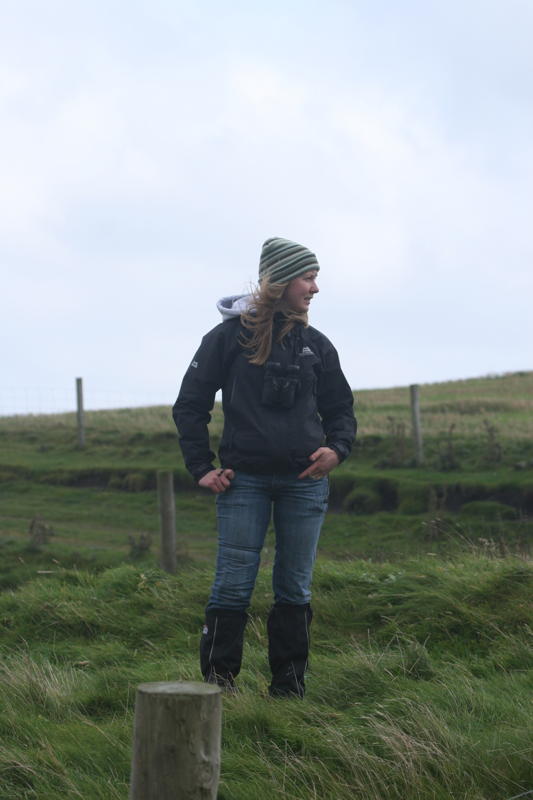 Hannah, looking pretty native, although we don't think you need snake-leggings on Shetland.

In a flash of déjà-vu, minus the extreme nausea, DB lifts his bins to the first bird of the day only to find its another large dark Redpoll bouncing into the teeth of a SSE gale. Needless to say it promptly vanished into the distance. Greenville was Barred-less, as were all the bushes around Ocraquoy although a bedraggled juv Wheatear fed in amongst the sheds. 16 Barnies battled south along coast whilst the pink house of bladder-fista had acquired a handful of Redwings and a couple of crests.

Heading south we hit Aithsetter, and a quick stroll around the crop revealed an obliging 1st winter Barred Warbler. Although close to KL and TCL's bird from yesterday, the lack of white in the tail proved it to be a new bird. Back up the hill a Rosefinch provided brief views before going 'roll stylee and vanishing. Further exploration of the area revealed a couple of Greenland Redpolls, presumably yesterdays birds in a crop field and a smattering of migrants in a Geo.

Final assault of the day was on Quendale but deteriorating weather worked against us and the highlights were a mere 3 Brambling and a Willow Warbler. We thought Shetland was meant to be littered with sibes, where are they all? 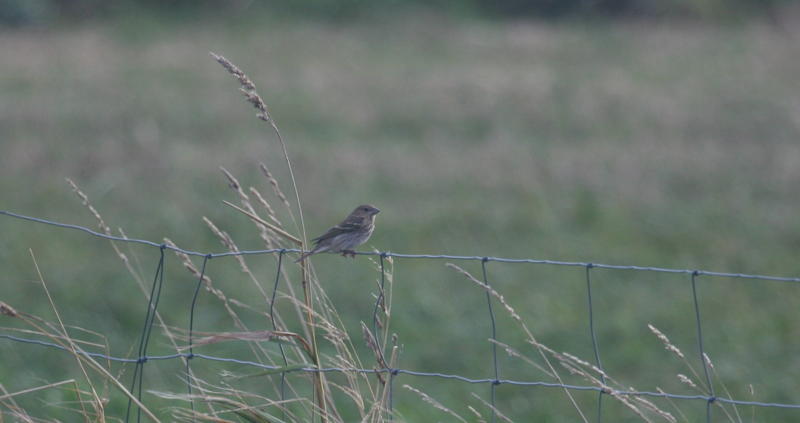 Another late start 'cos of the rain, headed around the 'patch' and this time it's Tom that lifts his bins for the first time to score. A skittish RBF in the magic gardens of the cluster of houses around Greenville that then appeared to carry on and away over the hill. Around the rest of Fladdabister a Pied Fly, Brambling, Chiffchaff, Blackcap, four Goldcrest & Chaffinch. Due to the obvious arrival we tried Aithsetter again, concentrating on crop field but couldnt do better than three Goldcrests.

We decided to try Wester Quarff to see if it was any more sheltered, YBW & Barred Wblr in the little wood/garden but we knew about these already. A spectacular arrival of finches with c150.Brambling along with Chaffinch & a few Siskin... with little flocks dropping in all the time, brilliant. Scalloway held only a Pied Fly, five Bramblings & six Siskins.

Decided to do the last hour or two on our patch, in the Greenville gardens amazingly the RBF was back (or a new one??) along with a Pied Fly too. Up by the ruins & pink house 2 Pied Flys, 2 Blackcaps, Willow Wblr & Brambling. Walking home, TCL & KL decided to walk a patch of grass/nettles before crossing burn to house when they flushed a bird....not a Mipit, Tom then flushed it.... a warbler, after 3rd flush it looked really interesting and with Dan now with us flushed it a couple more times with Dan & Tom getting brief but good views to confirm RIVER WARBLER!!!!!!!!  During the ensuing flushes to try and nail a photo, we managed to find a YBW in our garden bush (after the River flew into it!) and then another RBF out the burn!!!! 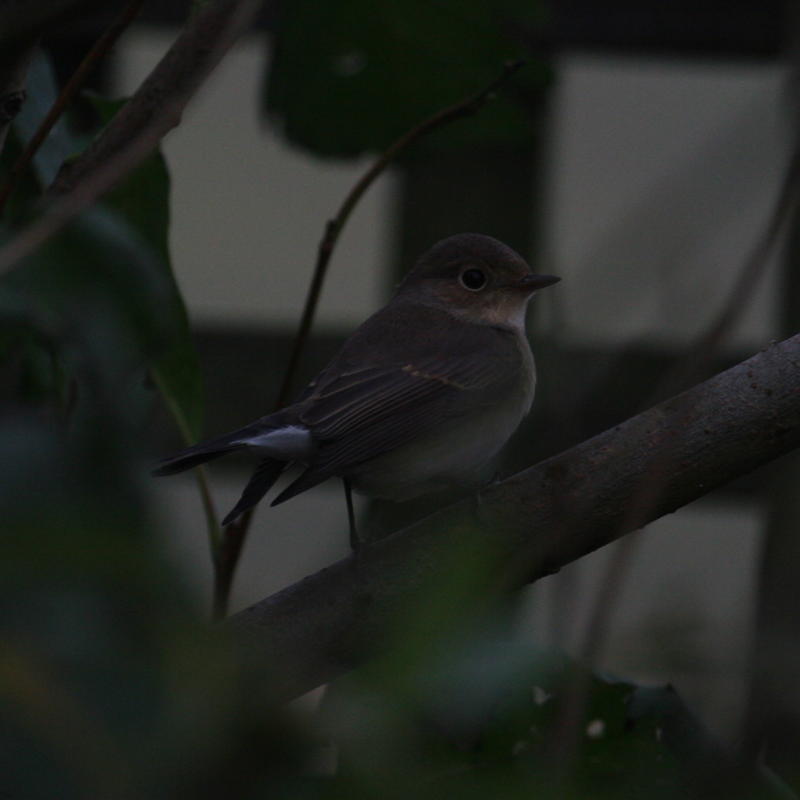 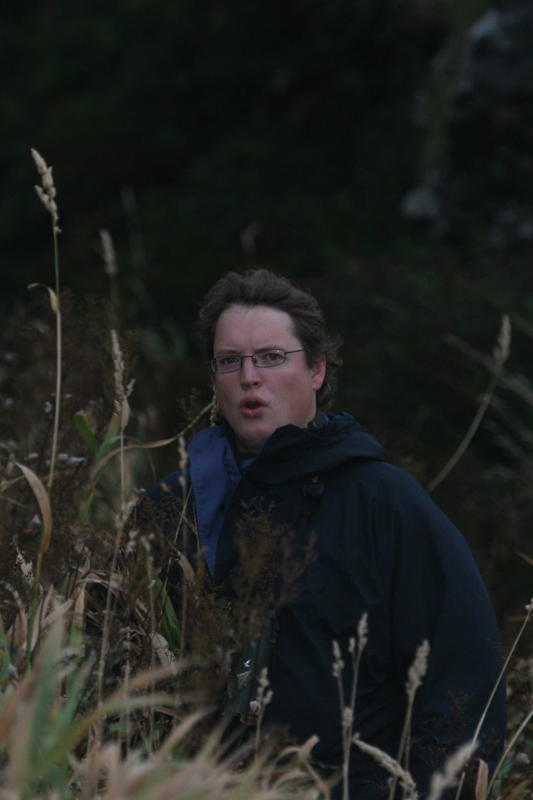 Stuie Piner arrives in a whirl-wind, well at least a very strong wind. The River Warbler had departed and after mucho walking in near storm-force winds all we had to show for it was 1w Little Gull & a Whinchat. Should really have spent the day in Sandwick Leisure Centre. SGP arrival marks the start of stagnation in bird migration. 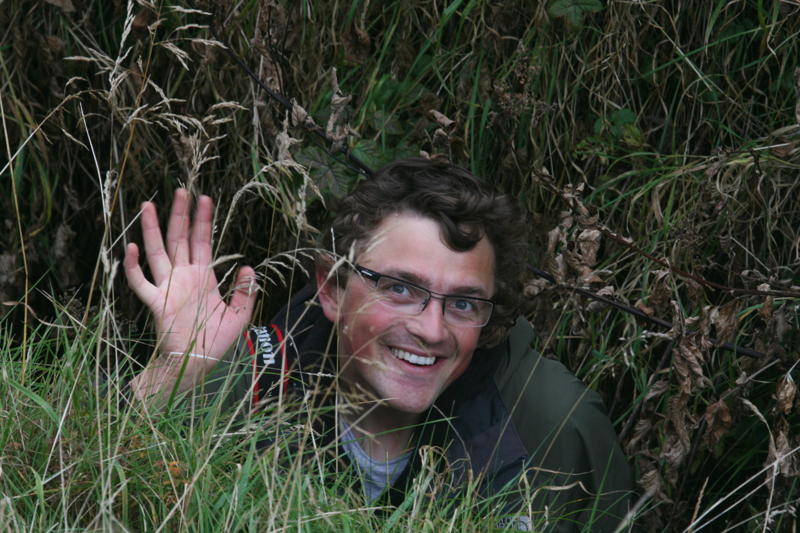 Dry, calm & clear conditions.... just shame nothing has moved. A thorough bashing of the patch kicked out the following:

You see what I mean  too much still not enough new!

The pre 9am vocab consisted of definite, putative, possible and definitely not but ignoring all that we headed for Channerwick and the first bit of twitching of the trip. Luckily for us we were virtually the first on the scene and the Sykes Warbler showed pretty well before a highly mobile horde decided to play cat and mouse with it, cue our exit.  A bit more local birding ensued and finally resulted in us chasing an Acro up and down an iris bed. Acrophobia commences and the realization that only a good shot is going to nail this little bugger. Dusk falls, no shot acquired. 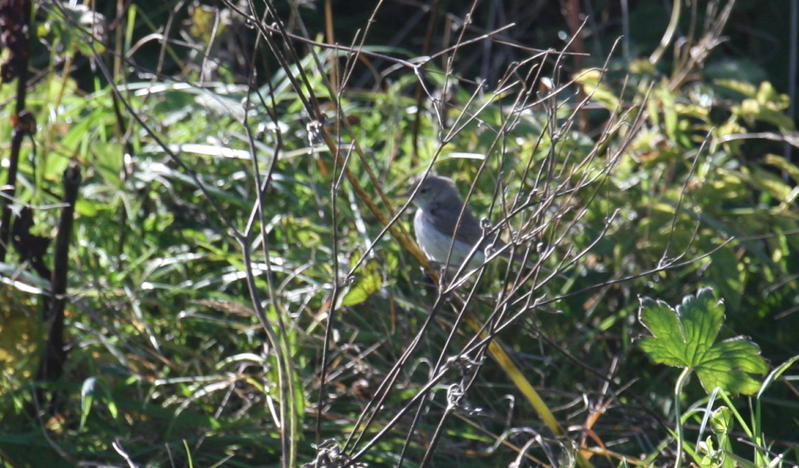 All the same birds are still in the same places and nothing new is moving. Luckily DB keeps the faith and finds a lovely Red-backed Shrike at North Voxter, Cunningsburgh. We also return to the Acro and finally nailed it IDs to follow soon! 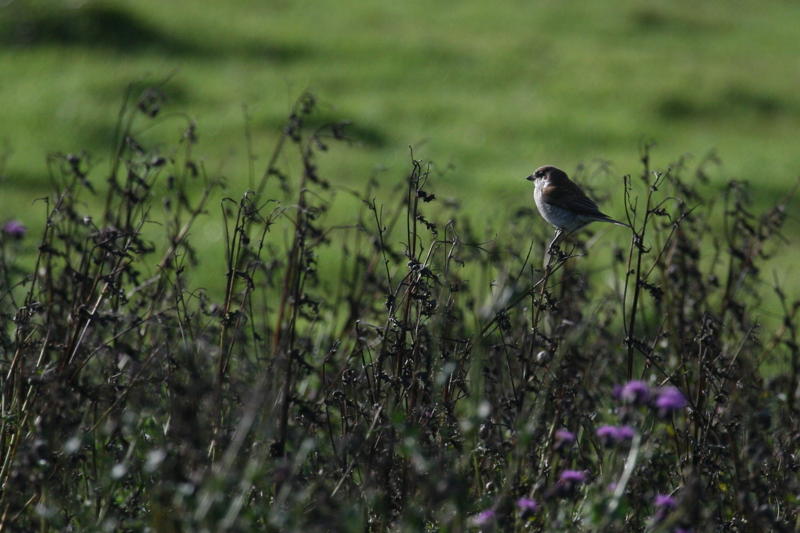 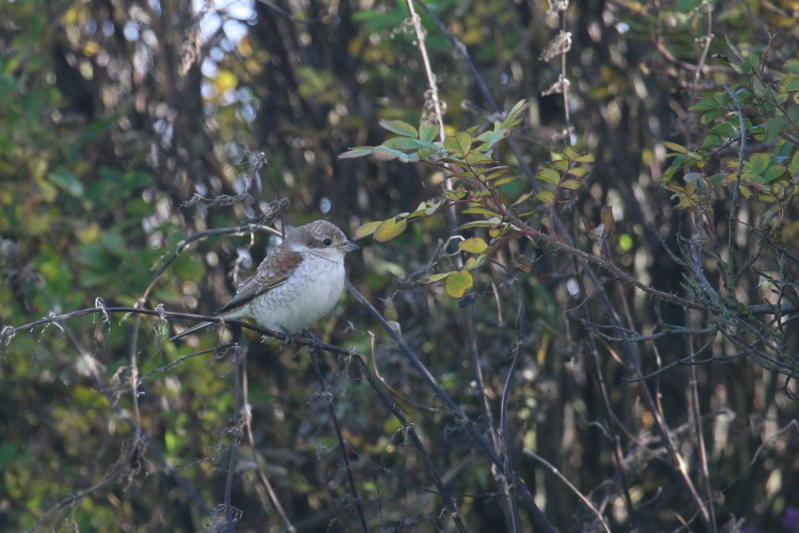 A day on Unst was regularly interspersed by cracking birds; see earlier entry and pretty pics. 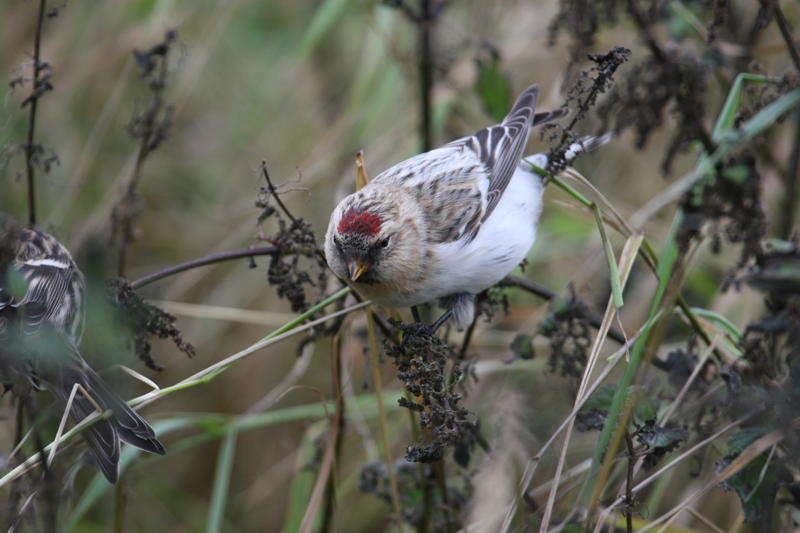 A day trip to Papa Stour proved fairly fruitless. Our few hours on the island revealed a flock of 10+ Laps, a couple of Whitethroats, a Lesser Whitethroat, and plenty of common migrants. A stop at Tresta on the way back again showed the potential of the area. 3 Yellow-Brows were in evidence along with many other commoner species and yet another unid'd Acro! Dan's Acrophobia is almost philia now. 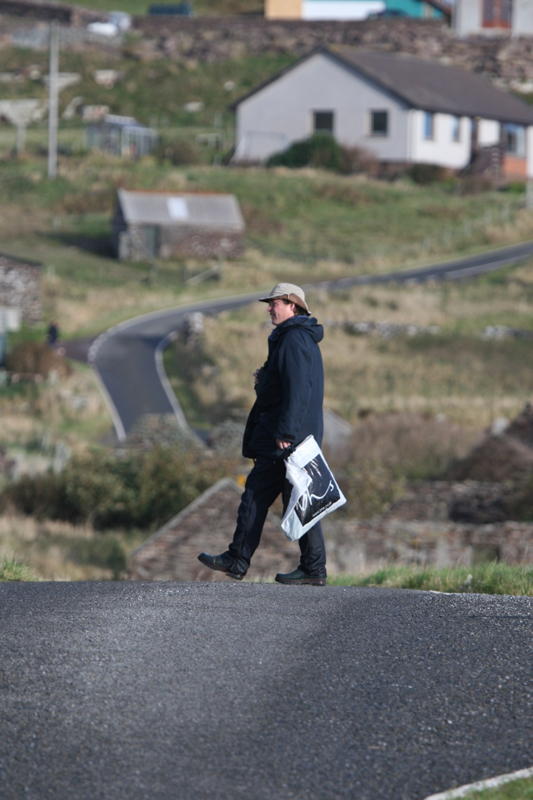 Things were so quiet, Keith used the down-time to buy some new pants.

Back North today for some more dirty twitching. The non-connecting inter-island ferries allowed for some quick birding and yet another brief Acro (aaagggghhhhhh). We eventually arrive at Skaw were we quickly soak up uncensored porno views of the Lancy, its not all bad this twitching lark, especially when you have the bird all to yourself less than a meter in front of you! Lap Bunts continued to be in evidence overhead. Back to Valyie for a bash at a reported PG Tips. No joy but the Little Bunt showed a couple of times. UEAsound proved disappointing then a quick dash to Eshaness where we dipped the belly but scored the brace of Buff-breasts and a blizzard of Snowb's. Not bad but no finds. 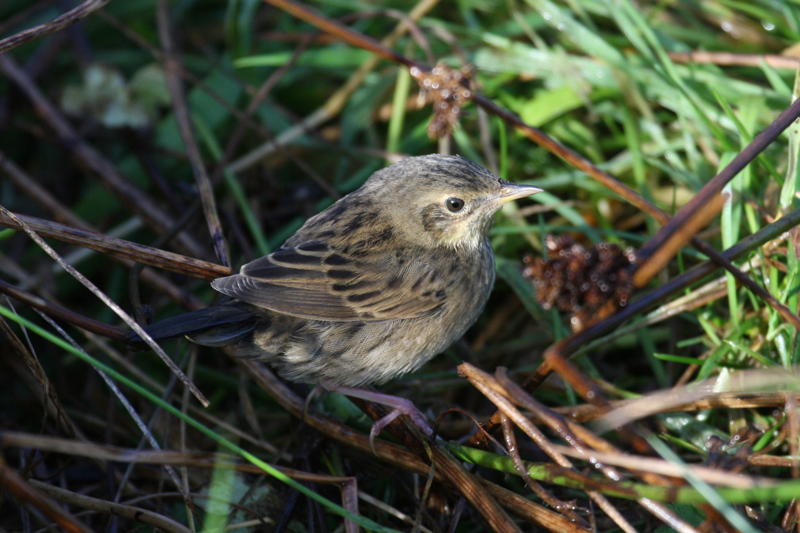 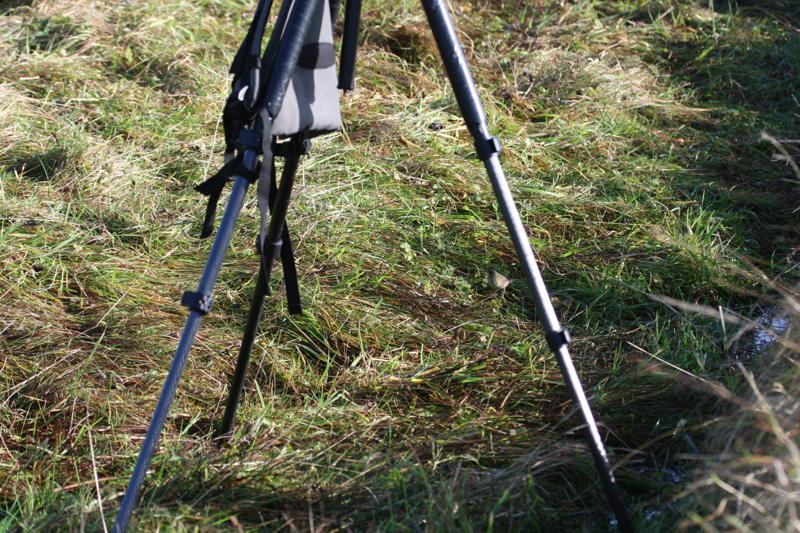 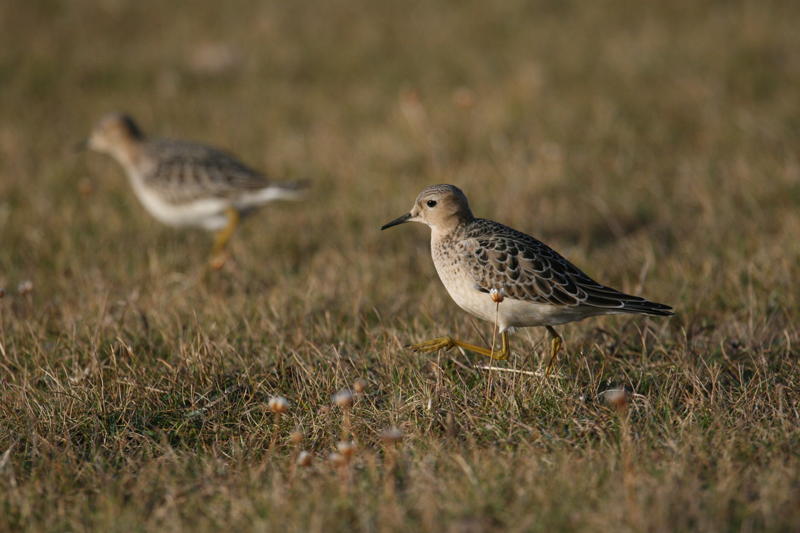 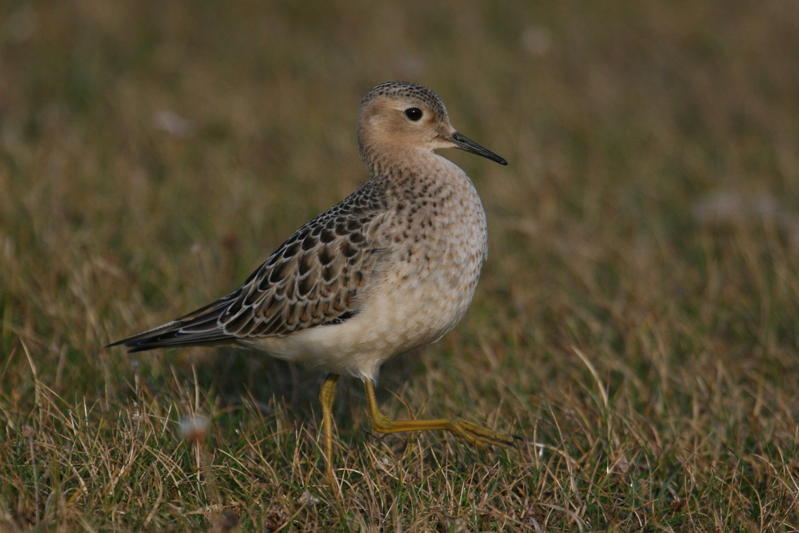 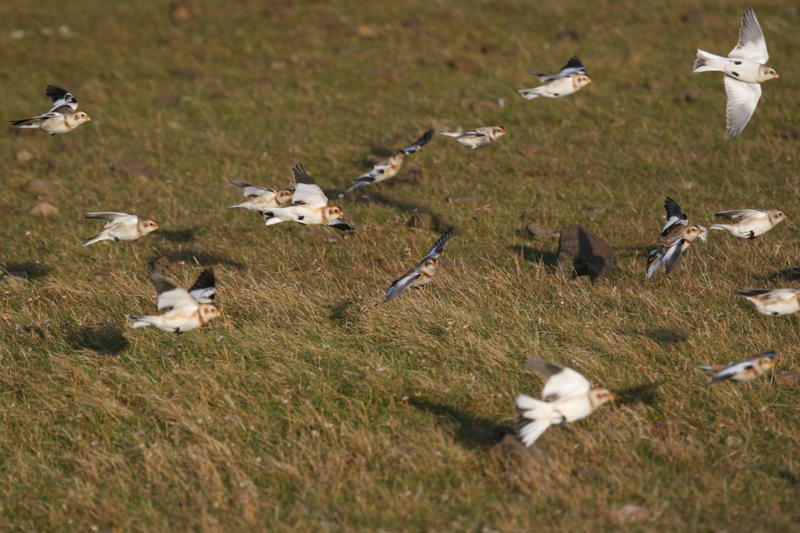 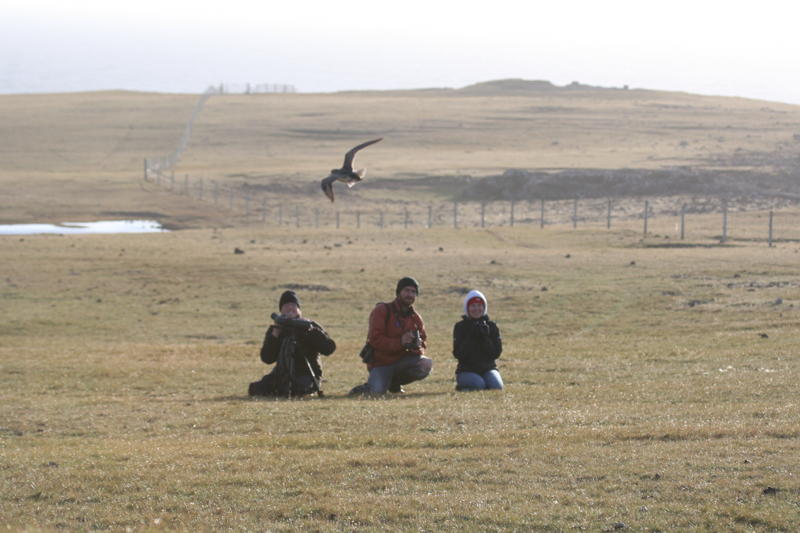 so who flushed the globally-endangered wader?

A quick check of the patch only located the Sibe Chiff before a rapid pack up and subsequent shooting down to Channerwick for seconds of Sykes's plus a couple of YB's and an RBF. With time running out we headed straight to Tresta to work the garden of dreams. The lads soon relocated the Acro or two (?) and got to work papping. A YB or two called but proved elusive. DB and KL remained in the garden whilst TCL and SGP headed to a good looking bit of habo. Soon DB and KL migrated across the open fields to a small garden. All seemed quiet until a small robin-type bird caught DB's eye. A Blackbird then flushed it and before hitting cover the split second of heart stopping detail flashed before me a bright white eye-ring and warm orange flanks imprinted on the brain...BBBBBBluetail. Chief flusher Langdon was dispatched and within a couple of minutes it popped back out to reveal its full glory. A quick call to TCL and SGP had them racing and 5 minutes later we were all enjoying super views of this skulking little denizen. A fitting way to end a good bash*, but not before we hit the garden of dreams for one last push, a YBW and finally a Pallas's. Happy days! Sibes really are easy, just shame we're not still there to mop the latest arrivals. Until next year 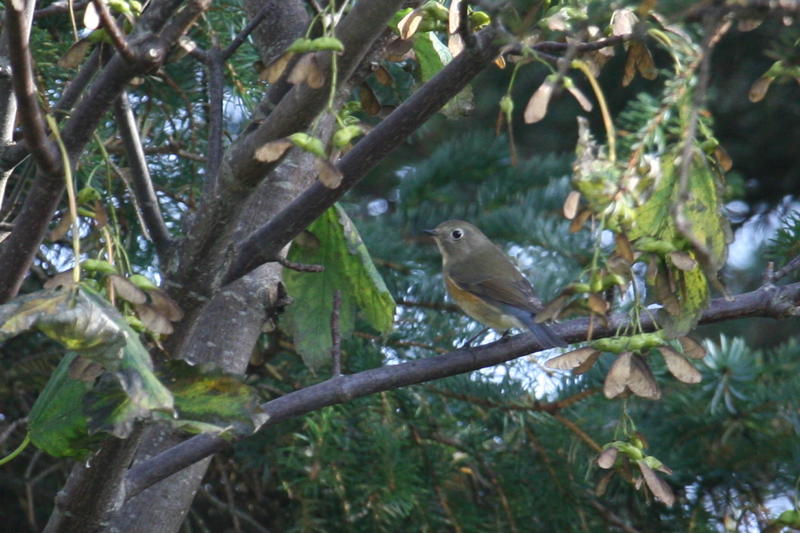 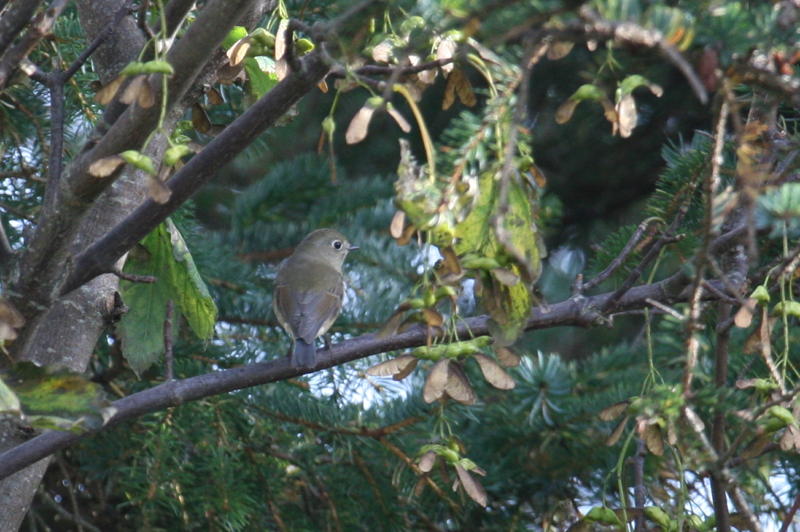 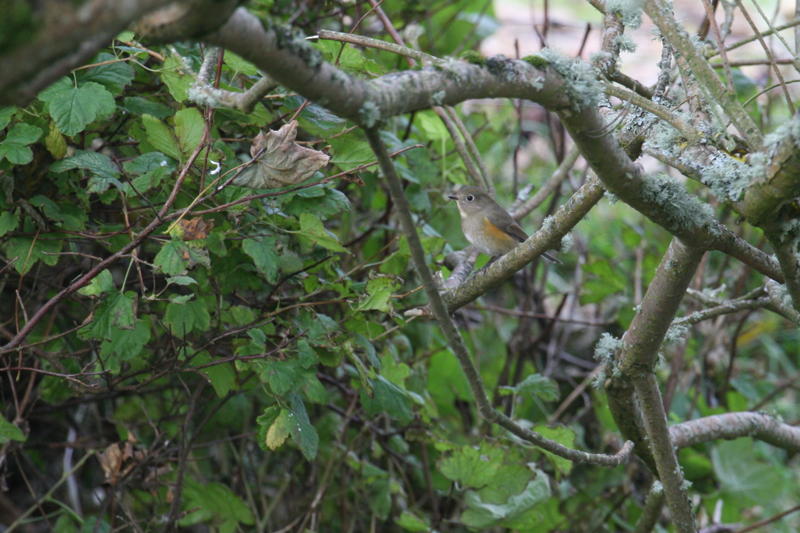 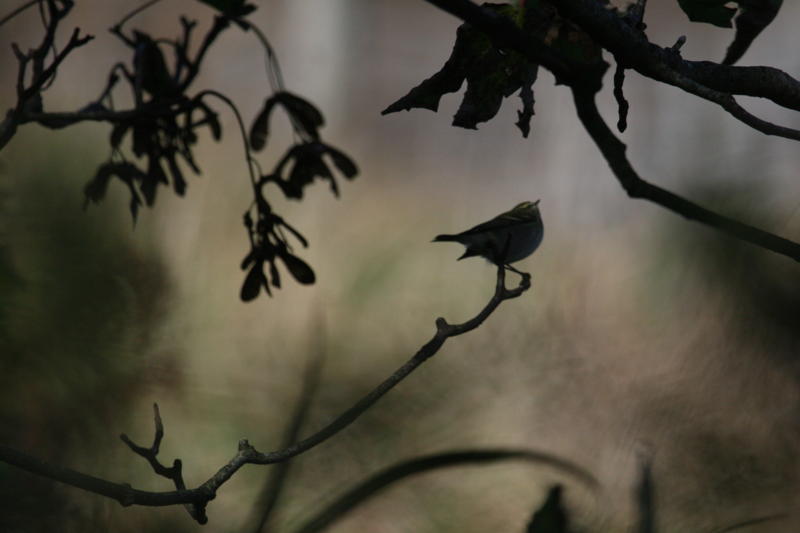