Had it really come to this? Ok, so the weather had hardly been great for stuff arriving, but my five days in west Cornwall up till now had yielded little of the good stuff. Long, energy and spirit sapping walks around Penwith for the odd Firecrest and Lapland Bunting, a pre-dawn start at Lizard Point for a Yellow-brow and a bit of vizmig. Blimey, the best action was a seawatch, when five Poms, single Bonxie, Arctic and Balearic streamed out of Mounts Bay one early morning following an overnight southerly gale. It just wasnt happening. Mind you, if that calling Actitis sandpiper had landed down the bottom of Kenidjack valley rather than disappearing towards Scilly, the day before a Spotted Sand was found on a St Agnes beach, perhaps I wouldnt have been so gloomy?

So there I was, Penzance Tescos, diesel nozzle in hand, thoughts of where to go next not yet ironed out in the head. Nanjizal? Sennen? Both probably sensible bets. But what about this Great Bittern up at Trewey Common that my father told me about the other day? Why not? A change of scenery and Bitterns are always worth seeing, arent they? You never know, it could always be an American?! (Oh, how I laughed to myself at this thought)! 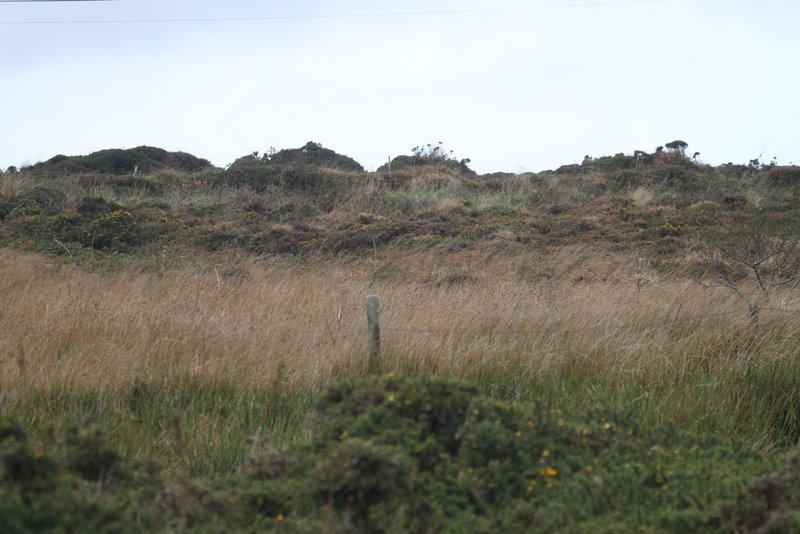 I slipped into the parking area and out of the car. The pool in question was mostly hidden under a luxuriant bed of low sedge and rush. To be honest, it didnt look much cop! I wandered closer, bins in hand, but with camera in car. I threaded my way through the mud-scape towards the waters edge. BANG! A bird exploded from the sedge bed, quickly gaining height as it headed east. Clearly a bittern, but WHOAA! shouldnt Great Bitterns be a bit bigger than that? I said to myself. CRIPES! Look at those wings I exclaimed to no-one in particular. At that point, I knew I had an American on my hands. Well, at least I did until I flushed it out of sight. 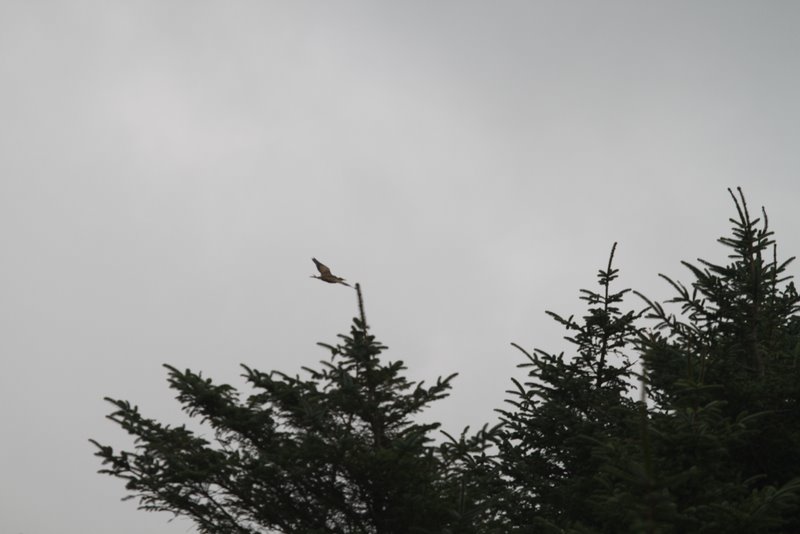 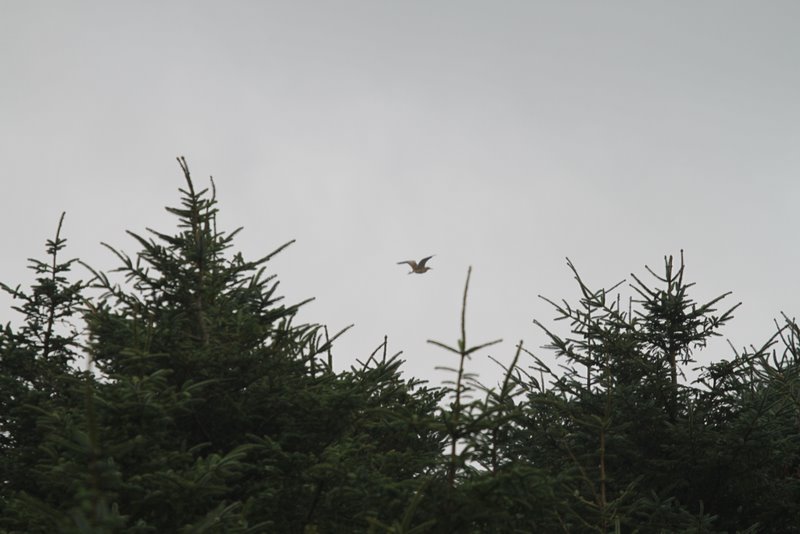 I paced around, not really believing what I had seen and with no photographic evidence to draw upon. Fortunately, during a chat with the landowner who had turned up shortly afterwards, I saw the bird drop back in. Hours went by and no matter how hard I looked and from whatever angle I looked from, I just couldnt see it when it was on the pool. One of the landowners friends then appeared and accidentally got a bit close for the bitterns comfort and once more, it flew. This time I was ready, snapping away happily as it flopped its way northeast. 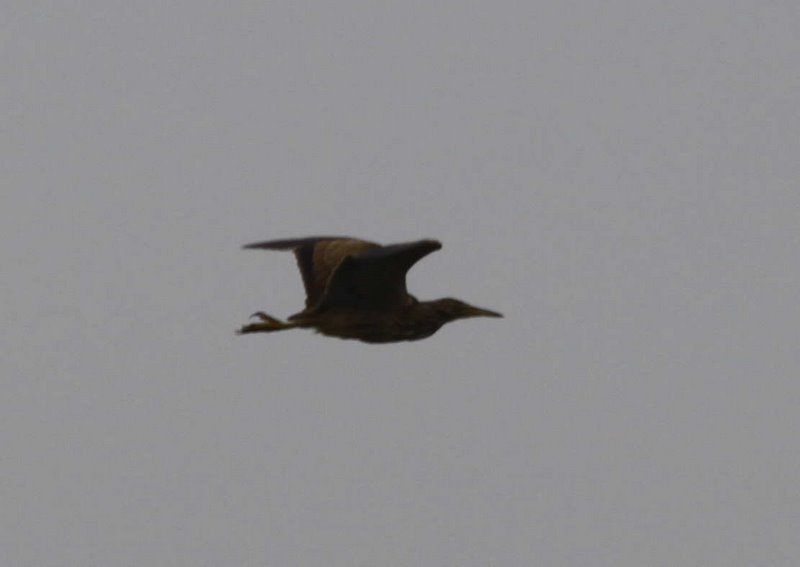 A review of the evidence made my heart race a little more. It was all there, feature after feature dropped smoothly into place. However, having had no experience of the species, and having not seen Great Bittern for a couple of years, I needed to make absolutely sure before the news was released. I did, it was, and the rest is history. 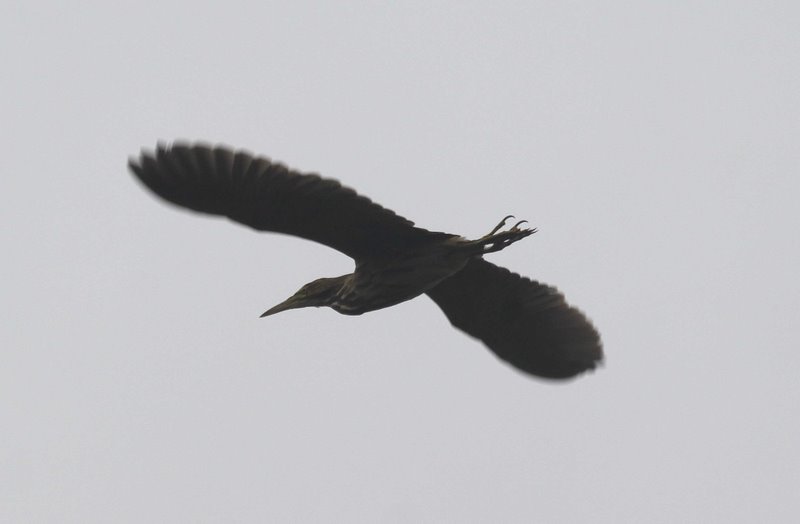